The Michigan Department of Natural Resources is asking for park users' opinions on whether the Belle Isle Grand Prix should be held on the island.

A meeting on the topic is planned for Wednesday, Sept. 20 at 6 p.m. at the Belle Isle Nature Center. The session will include an overview from island/DNR officials, and each speaker will be given two minutes to speak.
The DNR is also accepting written feedback via email at pratts@michigan.gov through September 22.

The meeting comes as the state considers a new contract that will allow billionaire race owner Roger Penske to use the public island as a race track for an unknown number of years into the future. 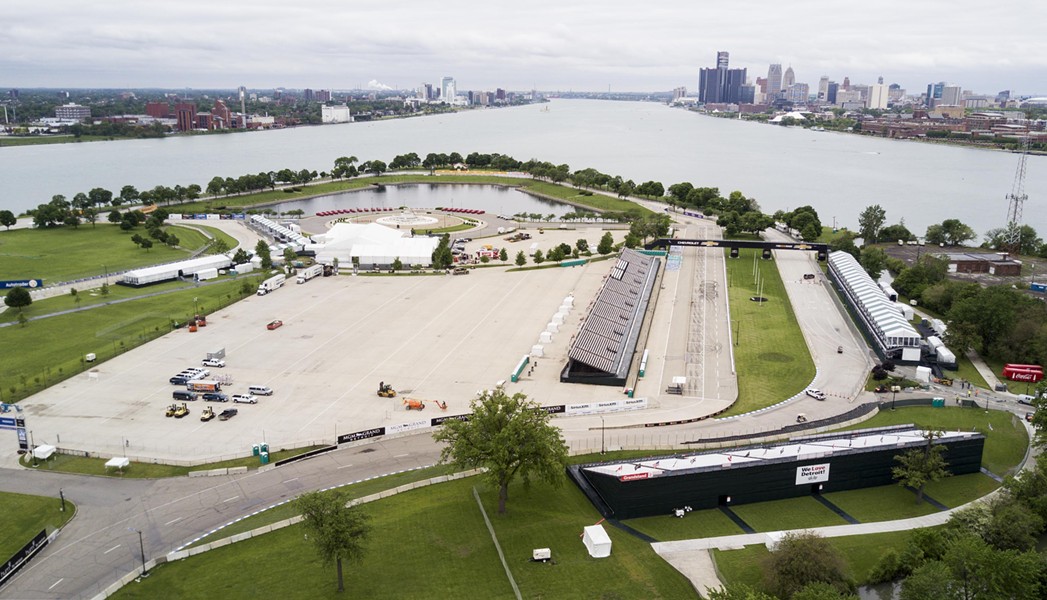 We've extensively covered issues around Penske's team shutting down around half of the island for half of Michigan's warm season each year. Residents and park users are increasingly upset about the situation.

During the roughly three to four months that Penske occupies the island, park users' access is restricted to what many view as the best part of Belle Isle. Even when access isn't restricted, the island is filled with miles concrete barriers, fencing, and cables. Grandstands are set up in early April, billboards are hung in May, and Penske begins converting the park into a racetrack up to eight weeks before the event. Beyond that, the construction causes traffic jams for several months, and the island's grass gets torn up during the event each year.

As we've noted, the Grand Prix's nearly four-month construction period is the longest of any street race in the world. By comparison, the Toronto Honda Indy assembled its 2014 race in the city's downtown in around three weeks.

Detroit Grand Prix chairman Bud Denker previously told Metro Times that the construction here requires months because the track is the longest in the world. But a quick calculation shows that it takes Penske's crew 33.4 days to set up one mile of race track, while it takes Toronto's far more efficient crew approximately 11.8 days to set up one mile of track in a seemingly far more complicated environment.

Races like those in St. Petersburg, Fla. and Long Beach have shortened construction time in response to resident complaints. The former, once a months-long project, now takes several weeks.

Related As Belle Isle’s Grand Prix hits a crossroads, gearheads and parkgoers tussle for its future: Gentlemen, stop your engines