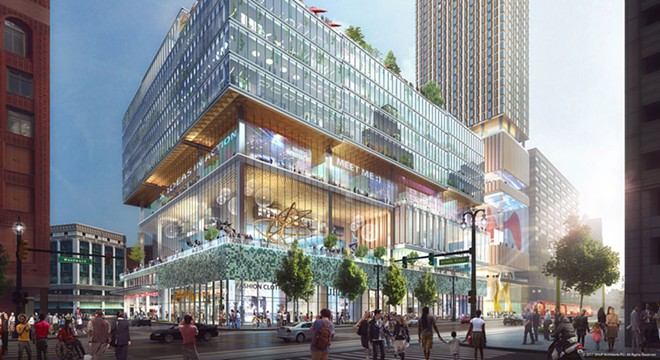 Slated for groundbreaking this year, Dan Gilbert's proposed 800-foot, $909-million tower for the site of the former J. L. Hudson Department Store will be the tallest building in Detroit since the Renaissance Center.

However, according to a "skyscraper curse," its construction could be a sign that the next recession is just around then corner.

The theory, put forth in 1999 by British economist Andrew Lawrence, states that the construction of tallest buildings is "a signal of an overheating economy that is nearing its peak, with a downturn fast approaching," according to a Detroit Free Press story published this weekend.


“Is there truth to the skyscraper curse? I would say yes," said Lucas Engelhardt, an associate professor at Kent State University who co-authored a journal article last year about the theory. "Especially if you see a cluster of these buildings being planned, that’s a pretty good sign there’s something coming."


Under some interpretations of the skyscraper curse, proposals for tallest buildings are harbingers for recessions because they can demonstrate behaviors that tend to signal the high point of an economic expansion, such as heated speculation, easy lending and eagerness to take on debt. By the time such projects get under way or have finished, the economy may be contracting.