The most endearing endorsement you'll see this election season

An east-side privacy fence that for years bared the words "Obama for America" in faded red spray paint has covered the statement with a new political endorsement.

This election season, the fence on Elmwood Street at E. Forest wants you to vote "State Senator Coleman A. Young" for mayor, which is sort of the name that the underdog candidate goes by. Coleman Young Jr. is running to replace Detroit Mayor Mike Duggan in the Nov. 7 election. He's the son of the city's first African-American mayor, the late Coleman A. Young.

With Young Jr. lagging in polls, the Elmwood fence has provided his campaign with some likely welcome support. Over the years, it has become somewhat of a neighborhood icon, providing passersby with earnest religious and political messages to ponder.

It all started after the Elmwood fence made the transition from chain link to wood-panel — a surface conducive to the painting of words. The fence's first move was to throw its support behind President Barack Obama, who was then embarking on his second term.

But as the Elmwood fence stared across the street at a sad house stripped of its siding, it realized the city where it stood might need more help than could be offered by the most powerful man in the world.

So, the Elmwood fence reached out to a higher power, adding the phrase, "God for Detroit." 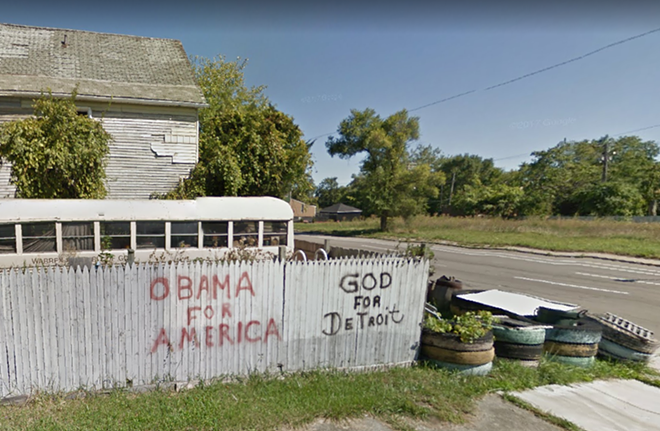 When God failed to intervene in any significant way, the fence began to provide Detroiters with more specific messages that it perhaps believed could help improve life in the city.

It reminded people of the biblical commandment prohibiting theft. It advocated for school improvements, demanding "PUT SCHOOL $ BACK." And, as Detroit regained the title of most violent city in America, the Elmwood Fence sought to convey that life has value. 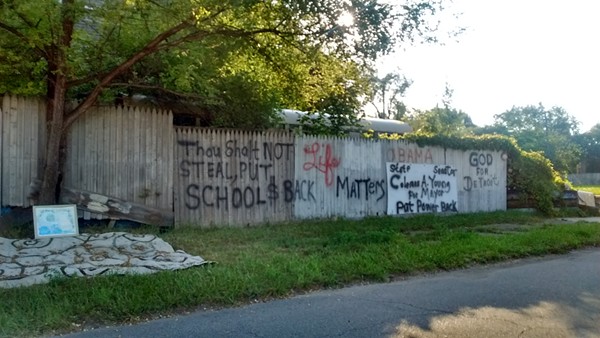 The most recent addition to the fence, however, appears as if it may only be temporary. The endorsement of "State Senator Coleman A. Young" has been spray-painted to a board that is affixed to the fence and can be removed.

With Duggan leading in polls and pouring record sums of money into his re-election effort (he was recently the subject of an article entitled, "How Detroit's mayor became unbeatable"), the message may not last beyond the first week of November.