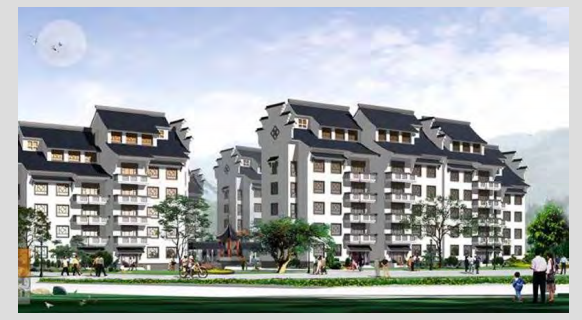 An independent law firm will investigate a trip to China taken by Ypsilanti officials that appears to have been funded by the Chinese government and a developer.

City council will also hold a hearing on Oct. 10 at which council members will question Mayor Amanda Edmonds, Mayor pro-tem Nicole Brown, and other city officials involved with the China trip. It may ultimately issue subpoenas for others involved in the case.

Council members want to know who ultimately paid for the trip, which city officials knew that the developer and Chinese government were working together to fund it, and when the officials knew.

The city will issue a request for proposals from Michigan law firms to investigate the situation this week.

A Metro Times investigation into the trip's funding source — and whether the trip was ethical or legal — prompted the new investigations, which were approved at an Oct. 3 Ypsilanti City Council meeting.

The developer, Amy Xue Foster, is proposing a $300 million development called International Village to be built on city-owned land. The largely Chinese-funded development would mostly house students who are expected to be from China or from other Asian countries.

As part of that process, Xue Foster offered in May to pay for city officials to travel to China to view architecture and talk to investors. City attorney John Barr said in a May 24 email obtained by Metro Times that it would be "unethical and illegal" if the developer paid for the trip.

About those EB-5 visas that will 'save' Ypsilanti with a $300M 'International Village'
By Tom Perkins
Table and Bar
Before to the trip, Edmonds and Ernat led some city officials and the public to believe that the Wayne State University Chinese Students and Scholars Association (CSSA) funded the travel.

But the Metro Times investigation found that to be untrue. A representative of the CSSA issued a statement via a WSU press officer on Sept. 22 that said that the developer gave his group the money to pay for the trip.

"The student group agreed to purchase airline tickets for the trip with money from the company, and assist in providing some volunteers to help with the cultural exchange because the group’s goal is to teach people about Chinese culture. He said at the time they were approached that they were not aware of the [International Village] project in Ypsilanti," WSU press officer Matt Lockwood wrote in an email to Metro Times.

The Metro Times immediately brought the inconsistency to the attention of city officials. Ypsilanti's economic director, Beth Ernat, confirmed via city manager Darwin McClary on Sept. 23 that the CSSA's statement is true. But she also revealed that the developer received the money for the trip from the Chinese Consulate in Chicago.

That means the Chinese government gave money to the developer, who then appears to have used the CSSA to circumvent local laws. However, city officials questioned whether the CSSA ever received the money. Regardless, it appears that at least one city official lied about the trip's funding source, and council intends to find out for certain if more did.

Contradicting stories raise suspicions of $300M Chinese development proposed for Ypsilanti
By Tom Perkins
News Hits
The timing is also of concern because the officials left for the trip two days after a Sept. 19 vote to approve the project's purchase agreement. Some question whether that's a conflict of interest.

"My concern is that the people who took the trip knew more about it than the rest of council. That is extremely disturbing to me. Because of that ... council has credibility issue, and we have to fix that," council member Beth Bashert said at the meeting.

Council member Brian Robb says he expects to get most information needed from council's questioning of city officials.

"We have statements detailing where the money came from. We need to understand the timeline of events better. If we can't learn that, then we have the option of having a professional fill in the gaps," he said.

And what does this mean for the developer, who it appears intentionally misled the city?

Council member Lois Richardson said she doesn't want to work with a developer who is deceiving council.

"This shatters any faith I have in the developer," Richardson told council. "I don't want to work with a developer who is not going to be honest with us."

Related Will a $350 million 'Chinatown' funded by EB-5 visas save Ypsilanti from its economic woes?

Will a $350 million 'Chinatown' funded by EB-5 visas save Ypsilanti from its economic woes?
By Tom Perkins
Table and Bar