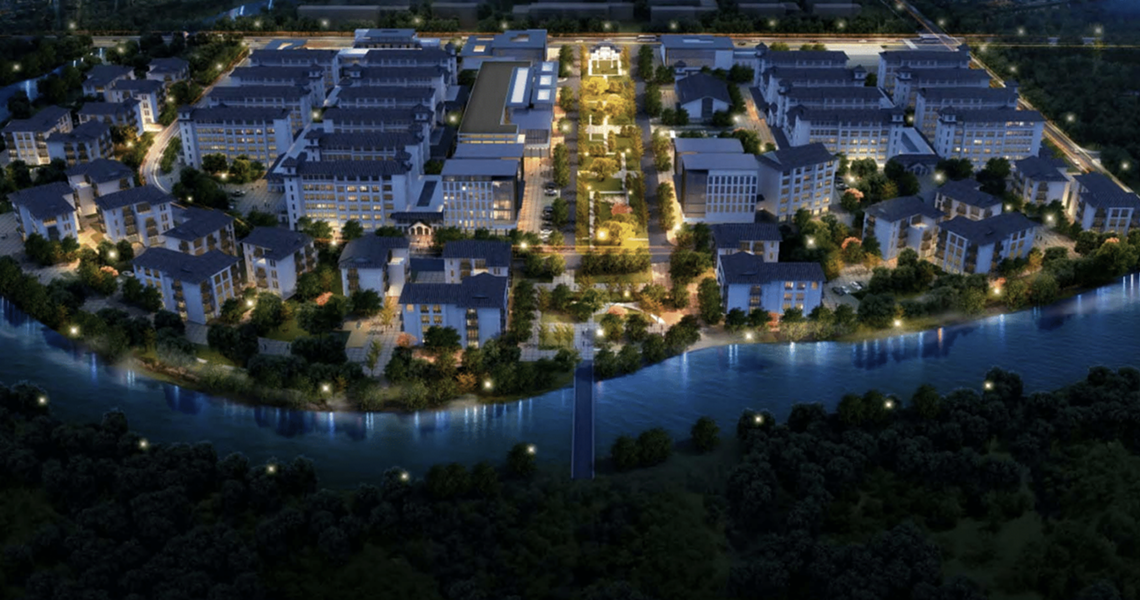 Ypsilanti Mayor Amanda Edmonds released a statement on her controversial trip to China, admitting that the funding source for her and three other city officials' 11-day China trip was not a Wayne State University student group — as other members of city council, some city officials, and the public had been led to believe.

"My understanding since before departing was that our trip was funded through a scholarship the City delegation received from the Wayne State University Chinese Student & Scholars Association (CSSA), and that those funds originated from the Chinese Consulate," Edmonds wrote in the statement sent to Metro Times.

However, she and Beth Ernat, the city's economic development director, led other officials to believe that the CSSA had funded the trip, not the Chinese Consulate.

Ernat wrote in a Sept. 11 email to city council that the CSSA funded the trip. The issue was never discussed at a council meeting, and city officials say they were under the impression that the funds originated with the CSSA. That's the information that was shared with the public. Edmonds never publicly stated that she knew that the Chinese government was funding the trip before to leaving.

A Metro Times investigation into the funding source found that the CSSA didn't fund the trip. The CSSA claims it received the money from the project's developer, Troy-based Amy Xue Foster. After that was brought to city officials' attention by Metro Times, Ernat admitted that the student group did not fund the trip.

But on Thursday afternoon, the Chinese Consulate denied any involvement in the trip in a statement sent to Metro Times. So it's unclear who funded the trip.

Council opened an investigation into the matter on Tuesday and will question Ernat and other city officials at a special hearing on Oct. 10.
City Attorney John Barr said at an Oct. 2 council meeting that it "could be" legal and ethical for the Chinese government to fund the trip. He previously stated on multiple occasions that it would be "illegal and unethical" for the developer to pay for the trip.

But that doesn't change that Edmonds never told other officials or the public that the Chinese government was funding the trip.

Four city officials — Edmonds, mayor pro-tem Nicole Brown, police chief Tony DeGiusti, and Ernat — went on the trip to China. The officials took the trip to view architecture and talk to investors interested in a proposed $300 million development called International Village to be built on Ypsilanti-owned land, according to the statement. The largely Chinese-funded development would mostly house students who are expected to be from China or from other Asian countries.

Edmond's full statement is below.

As Mayor of Ypsilanti, it is my job to consider viable opportunities for economic growth and sustainability, such as through our city delegation’s recent trip to China. This kind of travel is common practice to objectively consider a potentially valuable project for our city. Our Council has launched an investigation into the trip’s funding, and I am fully participating and cooperating. My understanding since before departing was that our trip was funded through a scholarship the City delegation received from the Wayne State University Chinese Student & Scholars Association, and that those funds originated from the Chinese consulate. If the investigation uncovers that not to be the case, I, too, have very serious concerns. I remain accessible and transparent so Ypsilanti residents know that I have and will continue to act with integrity and in the best interest of our community.

Our task on this trip was to understand the people, culture, design, and intentions behind this project, since it has such major implications for Ypsilanti. I learned a tremendous amount about Chinese culture, development strategy, urban design, transportation, and sustainability. I also had the chance to meet many partners involved with the project and gain insight as to their motivations, backgrounds, and approaches.

I returned late Monday from China. At the beginning of Tuesday’s City Council meeting, I made a public statement that I was and still am happy to cooperate with any investigation and had already. Later in that meeting, the city council chose to lead the investigation going forward; the Mayor Pro Tem and I recused ourselves from that decision.

Everyone is welcome to either support or oppose this or any development project, but they should not do so at the expense of those—elected leaders and residents, alike— who are diligently working to consider carefully whether a given project will provide a collective benefit to our city and region. It is my honor to serve the citizens of Ypsilanti and I continue to make my best effort to move our city forward.

I am releasing this statement now since I have learned that doing so still complies with the integrity of the investigation. I want residents to hear from me that in no way did I knowingly participate in any inappropriate behavior.


Metro Times has sent an email to Edmonds questioning whether revealing the funding source prior to the trip is appropriate behavior.