Wayne State is rockin' a new logo and slogan 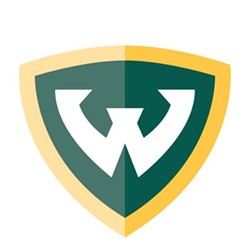 The university unveiled a completely new logo and marketing slogan on Monday that feels a little bit more appropriate for where the university is today.

The new logo features the classic "W" that appears to be on a shield that has a more modern feel. The old logo had the same "W" but also read 'Wayne State University." You can see the new logo on WSU's social media channels and websites.

WSU's previous slogan/motto was "aim higher," which was about "reintroducing Wayne State and letting people know we were here," says Michael Wright, vice president of communications and chief of staff at Wayne State tells the Detroit Free Press.

The new logo and slogan can already be seen on social media, but look forward to the new look to be on shirts, hats, and sweaters in the near future.