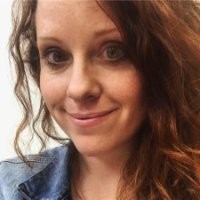 Just when you thought there were already one too many media games in town (billionaire Dan Gilbert and Detroit Mayor Mike Duggan have news outlets, for god's sake) there's more #content on the horizon.

According to an email obtained by Metro Times, a coming media startup called Detour will be based on a free daily email with paid-for local journalism and events. Behind the venture is former Free Press digital editor consumer experience director Ashley C. Woods, who left the post this week. She says her project will launch in 2018.

Leaving @freep for a new adventure — my first #journalism startup, launching in #Detroit in 2018.

According to the email, it appears Woods' startup has been selected for a $25,000 grant from an "accelerator" program by subscription-based tech news website, The Information. Just five companies were selected.

The Information was launched four years ago by a former Wall Street Journal reporter and, at the time, had a $400-a-year subscription rate. It's unclear how much Woods' Detour will charge for content. We were unable to immediately reach her for comment.

Guys! My giant face is a winner of the first @theinformation accelerator for #journalism #startups! https://t.co/NqeqwtflLL pic.twitter.com/2ysLYXRjzF

In addition to seed funding, Woods will receive mentoring from The Information along with help figuring out her company's distribution strategy and business model.

And that help may prove critical. Detroit has at least a dozen media outlets that all provide free content, with the exception of Crain's, which has a paywall.

"Ashley has a strong vision for the future of local news, including creating a new local information and events model in Detroit based on a free daily email and quality members-only journalism and events," a statement announcing the grant winners said. "She hopes to someday expand her company to new markets."

Before joining the Free Press in 2014, Woods was an editor at Huffington Post Detroit. Prior to that, she was an entertainment editor at MLive.