Metro Times is returning to Detroit with new Midtown office 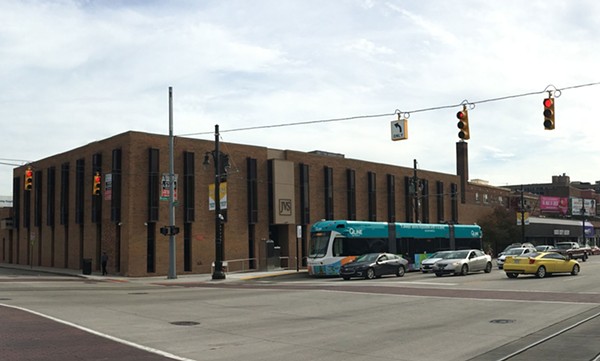 The rumors, we’re happy to report, are true — Metro Times is relocating its offices to Detroit. We’ll be leasing space out of the Arnold E. Frank Building in Midtown, located on Woodward Avenue and Canfield Street.

For Metro Times, the move marks a return home. While we’ve been located in Ferndale for the past four years (in the former Big Communications offices near Woodward Heights and Hilton), the paper has had roots in Motown for far, far longer.

First, some history. (We’ve been digging through our yellowing print archives to fact-check.)

When the paper was founded by Laura Markham and Ron Williams in 1980, it operated out of rented space in Broderick Tower, then known as Woodward Tower. It soon outgrew its modest origins. And we mean modest: As former associate editor Herb Boyd recalled in the pages of MT, it was an unglamorous time, when the office furniture consisted of secondhand corrugated cardboard desks, soggy from coffee spills, and a shared communal typewriter.

In 2013, Times-Shamrock, the paper’s previous owners, sold the building (and soon after, MT). In need of a month-to-month lease while the company changed hands, we arrived in Ferndale. And we’ve been in suburban limbo ever since.

We always knew, though, that it was just a matter of time before we returned home. (At one point, we even flirted with returning to the Palms Building). But now, finally, with a signed lease and a remodel underway, that time is now.

Don’t get us wrong — we love Ferndale. But it was especially painful to leave Detroit in 2013, just as the rush of new development kicked into high gear. Detroit has changed so much in the past five years — with an influx of new restaurants, bars, businesses, and people.

(And we can’t lie, we’re excited for Midtown’s veritable smorgasbord of lunchtime options: Rock City Eatery, the Garden Bowl, Union Street, Great Lakes Coffee, among many others. We can only eat so much Subway and Little Caesars, our closest eateries in Ferndale — although it’s been interesting to watch that neighborhood change in the past few years, with the recent additions of Rogue Estate BBQ and Urbanrest Brewing.)

No, we are not getting any tax incentives or abatements. Yes, we will be paying the city income tax, and we are excited about it — as we are to be able to walk right out of our office to catch the QLine.

Yes, relocating to the city will make it easier to report on the city. However, we still remain committed to covering the suburbs, and the greater metropolitan region as a whole. That has been Metro Times’ mission from the beginning (hence that “Metro” in our name), and we intend to continue to do just that. As publisher and editor Ron Williams reflected on the paper’s unlikely 10th anniversary in 1990:

“We will continue to oppose the absurd concept that somehow those who live on one side of Eight Mile have nothing in common with those who live on the other. To oppose the prevailing notion that somehow this is not, in fact, one metropolitan community with a universe of issues in common. That somehow one part of this region can prosper while another sinks. We will encourage the emerging slow-growth movements in the far reaches of the suburbs and stimulate discussion on regional governmental solutions to our problems.”


A little more than 37 years after the soggy cardboard desk days, this goal remains as important as ever.

We’re expecting to make the move within the next six weeks or so.

See you at HopCat.