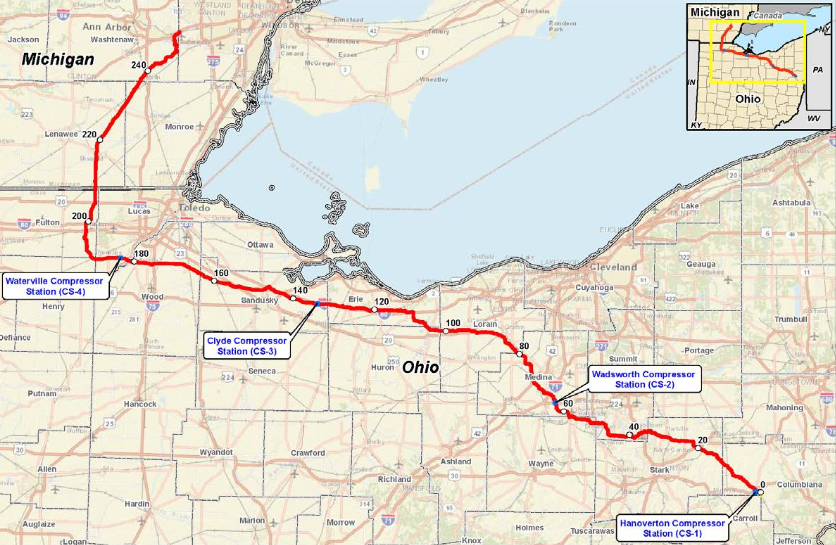 Having obtained approval from federal regulators, the backers of the Nexus pipeline stand ready to begin building the controversial project.

MT covered the fight over the pipeline in a March cover story entitled, "Nexus wants to use eminent domain to ram a pipeline through Michigan and Ohio — and you to help pay for it." Activists and property owners along the designated route fought against the pipeline, arguing not only that risks included potential "incineration zones" and environmental damage, but that the project, owned in part by DTE Energy, was unnecessary in the first place.

After all the ET Rover pipeline, which was approved earlier, ran roughly along the same route and will cause problems for residents of Pinckney. As proof that the pipeline wasn't economically feasible, critics pointed to several cases before the Michigan Public Service Commission in which DTE Energy sought guarantees that, should the line not be profitable, it could pass the costs of building Nexus on to DTE ratepayers.

What's more, now that Nexus is invested with the approval of FERC, it wields the power of eminent domain, being able to legally appropriate property from individuals and governments — for a line that will ultimately transport gas to Canada. Nancy Shiffler, the chair of the local Huron Valley Group of Sierra Club, told us, "You can't use eminent domain if it's not for the public good. And if that's true that [most of the gas will go] to Canada, then it's not for the good of the people of the United States."

Cleveland.com has reported that construction began last week, with surveyors marking the route that will be cleared of trees and other foliage before the deep trench can be dug into the earth. The outlet also reported that the Ohio-based Coalition to Reroute Nexus is still prepared to fight the pipeline, still waiting on a motion filed in federal court in May, and preparing another motion requesting a stay to prevent construction.