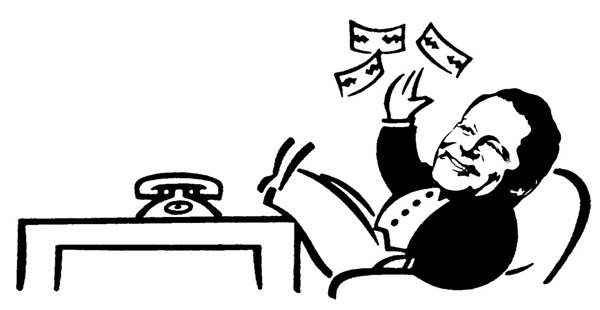 It turns out that's only part of the story — Gilbert really wants $618 million. That means Michigan taxpayers will cover nearly 30 percent of the four projects' costs, which are estimated to total $2.1 billion. And the law allows him to come back for more money for different projects next year.

Though all the tax money will come from the state, the Detroit City Council had to approve $250 million for Bedrock, Gilbert's development company, on Nov. 21. That figure appeared to be the full amount requested. But Michigan Economic Development Corporation documents provided to Metro Times on Friday show that Bedrock is really seeking $618 million from the state.

It now only needs a final approval from the MEDC board in March.
Gilbert — who is among Michigan's wealthiest residents and worth an estimated $5.9 billion — says that he can't do the projects without taxpayer funds, but the documents raise questions about that. They show that two of the projects are in progress or will be underway long before March.

The documents also show that Gilbert is requesting money that should go to Detroit Public Schools and local income tax funds, though the income tax money could be returned to the city, a Detroit City Council staffer told Metro Times on Monday afternoon.

On Dan Gilbert’s ever-growing rap sheet, and corporate welfare
By Tom Perkins
News Hits
The four projects for which he wants $618 million include a new skyscraper on the former Hudson’s department store site; a new mixed-use project on the Monroe Block; the renovation of the long-vacant Book Tower and Building; and a major expansion of the One Campus Martius building.
Gilbert claims the projects will generate 24,000 new jobs and $673 million in new local tax revenue, though there’s question about the accuracy of his figures.

Much of money he's requesting is part of a $1 billion pot of taxpayer assistance available for Gilbert and other wealthy developers. State lawmakers allocated the funds when they approved the "Gilbert Bills" earlier this year. In doing so, the Legislature created a first-of-its-kind-in-Michigan arrangement in which residents pay their income tax to a corporation or billionaire instead of the government.
If Gilbert's request is approved by the MEDC in March — which is likely — then he would collect income tax from any resident or employee of a business that moves into his new buildings.

Most of the businesses and residents who will move into the buildings already exist, and they currently pay taxes to the state. Those taxes go to make road repairs, fund police, fund education, and so on. Once the businesses and residents move into Gilbert's new buildings, their income tax would no longer go to the state — it would go to Gilbert, which would shrink the state’s tax base. That means few of the jobs and little of the state tax revenue in his buildings is new, contrary to his claims.

The laws — more formally called the "transformational brownfield" laws — also allow Gilbert to come back for more money each year for the next five years. He could ask another $250 million in 2018 and 2019 for projects on the Uniroyal site on East Jefferson or the former Brewster Douglas housing project, both of which he is reportedly working to buy.

While $362 million of the money is part of the recently-approved transformational brownfield laws, $256 million comes from a traditional brownfield and other local taxes. The case demonstrates how developers can combine Michigan's old and new corporate tax incentives to cover huge chunks of their projects.

What can those who oppose billionaires raiding state coffers do about it? In this instance, not much.

The Legislature made the money available when it approved the Gilbert Bills by a wide margin earlier this year. (It's worth noting that executives from Gilbert's companies flooded the Legislature with cash just before and after the bills were approved.)

The news comes just days after the Senate approved legislation that could cut the corporate tax rate by 15 percent and slash taxes for billionaires like Gilbert.

How Dan Gilbert just scored up to $1 billion in taxpayer money — and few noticed
By Tom Perkins
Local News
Democratic State Rep. Yousef Rabhi of Ann Arbor — who was one of three Democrats in the State House to oppose the bills — tells Metro Times that he may introduce legislation to repeal the Gilbert Bills, which he calls a "regressive tax-bonanza for the rich."

"Gilbert bought his way into a pretty sweet deal. I voted against these bills because I knew this day would come," Rabhi said in a statement. "We cannot accept the paradigm of trickle-down economics any longer. We now live in a state where the richest Michiganders are eligible to collect our hard-earned tax dollars to line their own pockets."

"The people who live and work in these buildings will not be paying taxes to the state to pay for roads and schools, instead they will be forking over their hard-earned money so that Gilbert can continue to expand his empire. This feudal economic approach is the exact opposite of the direction that our state should be going in. This is simply a multimillion-dollar payday for one of the richest men in America. Unacceptable."