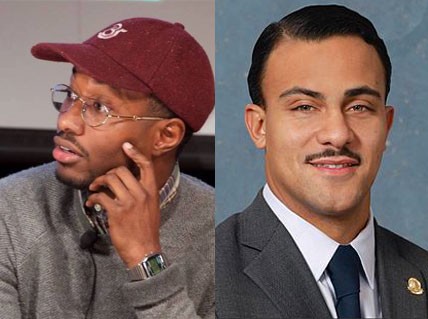 Detroit Congressman John Conyers has announced his retirement, and once he notifies the appropriate parties, a special election will be set for the seat he held for almost 27 full terms. With the news just hours old, few have formally said they plan to vie for Michigan's 13th U.S. House seat, but here's what we know about a possible replacement so far.

Conyers, John III: "I want you to know that my legacy will continue through my children,” Congresman Conyers said before announcing that he would endorse his son in the special election to come. According to the Detroit News, the 27-year-old Conyers III has never held elected office and, in 2010, misused his dad's taxpayer-funded Cadillac Escalade, an incident for which the elder Conyers had to reimburse the U.S. Treasury about $5,600.

Conyers, Ian: The rookie Michigan state senator stole his great uncle's thunder in telling national media outlets about Rep. Conyers' planned retirement before it was formally announced. And according to the Detroit News, Sen. Conyers seemed pretty miffed after his great uncle said he'd be endorsing his son, Conyers III, over him. The daily paper reports that Sen. Conyers retweeted a link to an old blog post that showed social media posts of Conyers III posing with booze before he was of legal drinking age. One image apparently showed him holding a bottle of Moet behind the steering wheel of a Cadillac.

The newspaper reports that Sen. Conyers urged “a thorough look at all candidates” entering the race.

Coleman Young II: If he can't "take back the Motherland," the term-limited Michigan state senator may be willing to settle for a seat in the swamp. According to a source who spoke with Deadline Detroit, Young II, fresh off a failed effort to become mayor of Detroit, plans to bounce right back onto the campaign trail in a bid to replace Conyers. We only hope it means more talk of MagLev transit, AKA: space pods.