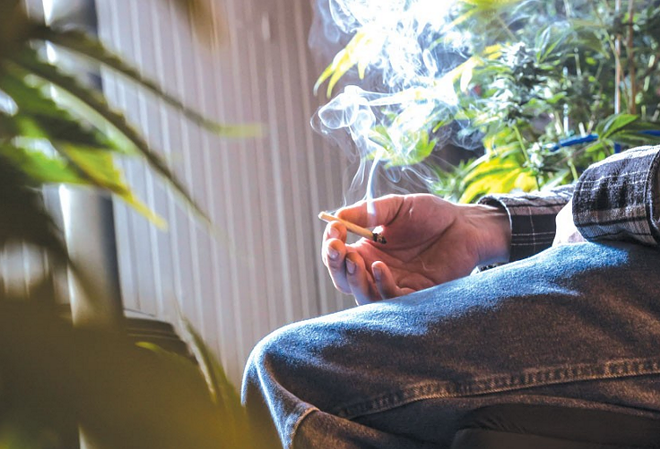 When we interviewed a pot grower for a cover story on the state’s changing medical marijuana industry earlier this year, he was squirreling away money and soliciting help from investors in anticipation of what would likely be a costly barrier to entry in the state’s to-be commercialized system.

The gentleman, who asked to go by the name Frank Gallagher, was ahead of the curve. We caught up with him in mid-March, almost exactly nine months ahead of the date when growers, dispensary owners, and others could actually begin apply for commercial licenses.

In the lead up to the application window, Gallagher told us he’d been approached by other growers who had casually told him they planned to apply for licenses without any clue that doing so would require a comprehensive financial plan. Gallagher laughed at their naiveté.

Today, the day the state’s board of Licensing and Regulatory Affairs (LARA) begins accepting applications, those who had Gallagher’s foresight will have the chance to enter the Lansing Republican-approved commercial game, where big bucks will be made. But in order to get a shot, there’s a lot of rules to follow and a lot of fees to pay.

How special interests are looking to cash in on Michigan’s homegrown medical marijuana industry
Seeing green
By Violet Ikonomova
Marijuana News
In September, the costs associated with licensure started to reveal themselves: Operators of 500 plant grows would need to show they could obtain $150,000, 1,000-plant growers would need $300,000, and a 1,500 plant would require $500,000 in capital.

And that’s just the money growers need to have in their pocket for the state to take them seriously — Gallagher notes it could cost even more to build out a grow facility. Because not all cities will opt into the state’s rules and have the appropriate zoning for the large-scale grows, in some places, the only option may be to buy mixed-use land and build a warehouse.

Related Big money will be made when Michigan’s medical marijuana industry goes legit — but who will make it?

Big money will be made when Michigan’s medical marijuana industry goes legit — but who will make it?
By Larry Gabriel
Higher Ground
People who want to get involved in other aspects of the commercialized industry will need to have just as much as growers. To get a provisioning center (or dispensary) license, applicants will need to show they have access to $300,000. Processors who make edibles and oils will need to show the same. A quarter of the capital will need to be liquid, and, interestingly, the state allows marijuana inventory to be put toward that total — up to 15 ounces or 72 plants.

People seeking licenses will have to go through a two-step application process with LARA’s Bureau of Medical Marihuana Regulation. Step one is receiving pre-qualification, which can be completed even if the applicant hasn’t yet found a location to open their business. Step two is the license qualification. The application is 47 pages.