It's so cold the Great Lakes are freezing faster than usual 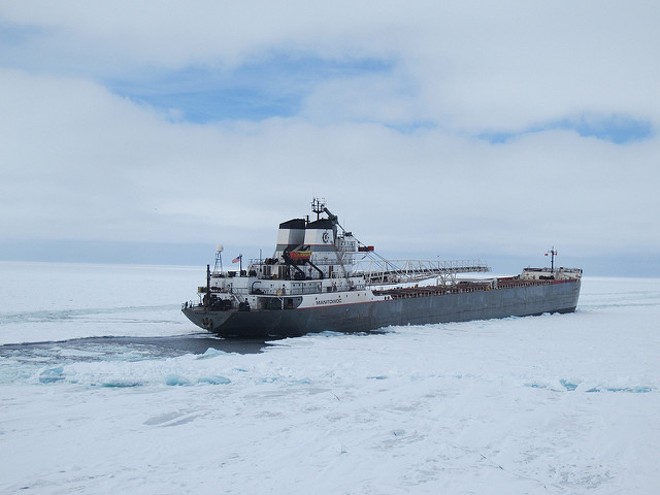 If you haven't been outside lately, don't. Don't do it. It's frickin' freezing.

The severe ice has been causing a host of problems, from delayed shipping to flood warnings in St. Clair and Macomb counties.

The silver lining to this deep freeze is that increased ice coverage tends to act as a cap of sorts, leading to less lake effect snow. So hey. There's that.

Related The Icemen Cometh: Tales from the U.S. Coast Guard on the frozen Great Lakes.

The Icemen Cometh
Tales from the U.S. Coast Guard on the frozen Great Lakes.
Local News
The deep freeze in metro Detroit is expected to continue for a couple of more days. Sunday is expected to be a (relative) balmy 27 degrees.