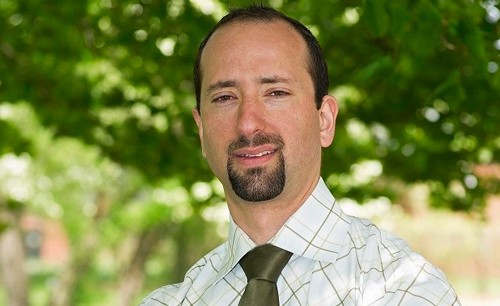 Something stinks. And it's the crap swirling around Detroit City Councilmember Gabe Leland.

If you're not up to date, the District 7 representative has been accused of doing at least two sketchy things in a seeming effort to help out his reportedly on-again-off-again girlfriend, Jennifer Fiore — the daughter and business associate of notoriously sketchy towing mogul Gasper Fiore, who pleaded guilty to bribery last month.

The trouble for the 35-year-old Leland began in July, when WJBK's M.L. Elrick reported that the councilman had voted to approve more than $2 milion in contract extensions and amendments for Fiore family-owned towing companies. He was back in the news last month, when briefly unsealed court documents in the wide-ranging public corruption probe that caught Fiore revealed that Leland was one of the FBI's "target subjects."

According to details of the court filing reported by The Detroit News, Leland appeared to have been implicated in the investigation because an FBI agent said Detroit Police Chief James Craig had “briefed Gabe Leland about the towing case, and Leland has briefed the Fiore family about it.”

But when The Detroit News caught up with Craig to ask why he'd tell a councilman about a federal probe into his girlfriend's family, Craig made Leland look even worse.

In an interview Tuesday, Craig insisted he never told Leland anything about the investigation. He said he contacted the FBI after a meeting last year with the Detroit city councilman.

“He said he wanted to meet with me for the purpose of discussing something unrelated to towing, but once he gets into the meeting with me, he starts asking about the towing investigation,” Craig told The News. “It’s not my investigation, so I didn’t have anything to give him. I never felt comfortable with him, so I made sure to have a witness in the room with me during this meeting.

“I was not comfortable with Leland’s questions, and I immediately contacted the FBI as soon as he left the room and told them he was asking me questions about the towing investigation.”

All of this has resulted in a public call-out for the councilman, via a Deadline Detroit column entitled "Detroit Councilman Gabe Leland Has an Ethics Problem."

In the piece published today, columnist Allan Lengel urges Detroit City Council to investigate matters "to determine if any action should be taken against Leland" in order to make "clear its members should be held to a high standard."

While Lengel says it appears that Leland did not act illegally in voting to approve the Fiore contracts, "by any reasonable standard, he should have disclosed his conflict of interest and recused himself from voting."

Says Lengel, "as Detroiters, we expect better and need to demand better. "

Leland's office did not respond to a call and email seeking comment.