Pete Hoekstra's first day as U.S. ambassador to the Netherlands was a total shitshow 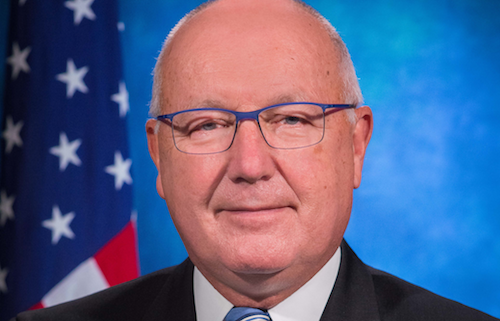 Like a lot of right-wing nut jobs, Michigan politician Pete Hoekstra has a strange relationship with the truth. A less tactful publication might even accuse Hoekstra of "making shit up" — but let's just say the Michigan GOP politician hasn't been demanding when it comes to requiring proof to support some of the tall tales he tells — especially those about "extremist Muslims."

For instance, in 2015, Hoekstra had claimed that Muslim extremism was so rampant in his native Holland that there were "no-go zones" where cars and even politicians were "being burned."

Well, yesterday was "Hokum" Hoekstra's first day on the job, and his interview with the Dutch press didn't go so well. All they wanted to ask him about was the false statement about "no-go zones" and which politician had been burned by Muslim extremists. Apparently, Dutch reporters have actual functioning crap detectors and couldn't believe the American politician was denying the obvious truth so brazenly in front of them.

So make the popcorn and have a look: Here's the initial coverage of Hoekstra's first horrible day in office. Courtesy of these newspapers: