Update: Meteorite now believed to have landed in Livingston County or Ingham County 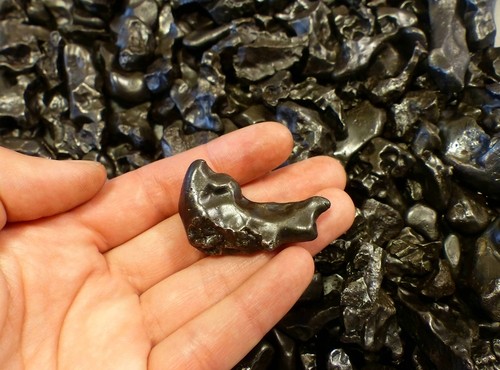 Experts are now saying that fragments of Tuesday night's "Michigan meteor" would likely have landed in Livingston County or eastern Ingham County — not the Mount Clemens area or Macomb County as initially reported.

According to a report by WDIV meteorologist Paul Gross, the meteor is believed to have originally been around six feet in diameter before it exploded in the atmosphere — creating that loud boom you might have heard Tuesday night, and also possibly disintegrating into smaller pieces that could have landed on the ground, known as meteorites.

Related Astronomer says yes, that was probably a meteorite that lit up the Midwest sky

Astronomer says yes, that was probably a meteorite that lit up the Midwest sky
By Alysa Zavala-Offman and Violet Ikonomova
News Hits
As, previously noted, meteorites could be worth big bucks, typically fetching $300 per gram. WDIV advises meteorite hunters use a metal detector to find the fragments under the snow, and to bring a magnet for testing, as most meteorites contain iron. Another clue is that meteorites tend to be heavier than expected.

The hunt is on. Meteorite hunters are advised to share their findings with experts, like those at MSU, U-M, or Cranbrook to verify that it is in fact a rock from space.