A new initiative to be launched next week by the city of Detroit would require tens of thousands of rental property owners who've shirked loosely enforced building and safety regulations to have their properties up to code by 2020, or face new penalties.

If all goes as planned, that means there will be no more mushrooms growing at the Sheridan Court Apartments in Midtown, and no more sudden evictions over hazardous living conditions at buildings that were never brought up to code. 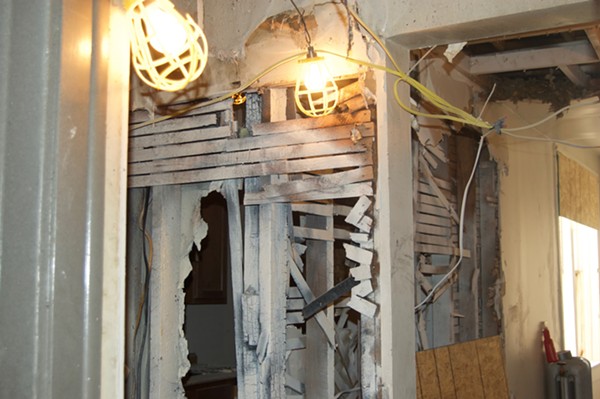 The effort starts with the city's 48215 zip code, on the far east side. Landlords in that area will have 90 days to get their properties registered as rentals with the city and six months to bring them up to code, have them inspected, and obtain a certificate of compliance. Due to a shortage of city building inspectors, officials will allow landlords to use private inspectors from a list of approved companies. The city has also hired seven additional inspectors to the buildings department ahead of the crackdown.

Every month, a new zip code will be added, beginning its six-month compliance period. Just before each period, the city says it will send out informational brochures to let everyone in that zip code know what's going on.

Under the rules of an ordinance passed by Detroit City Council last year, landlords who fail to meet certain requirements will be penalized, while proactive landlords will be rewarded.

Bad landlords will have the status of their property entered into an online database that prospective tenants can use to determine whether they want to live at the property and that current tenants can use to determine whether they're within their rights to withhold rent. The city can also withhold certificates of compliance to landlords who are more than one year delinquent on their property taxes.

On the carrot side of the equation, the city will require less frequent inspections for quality landlords who haven't received blight violations and are current on their taxes. Landlords who take longterm or permanent lead abatement measures can avoid annual lead assessments.

The city says it will also expedite the appeals process for landlords who have had a certificate of compliance suspended or denied.