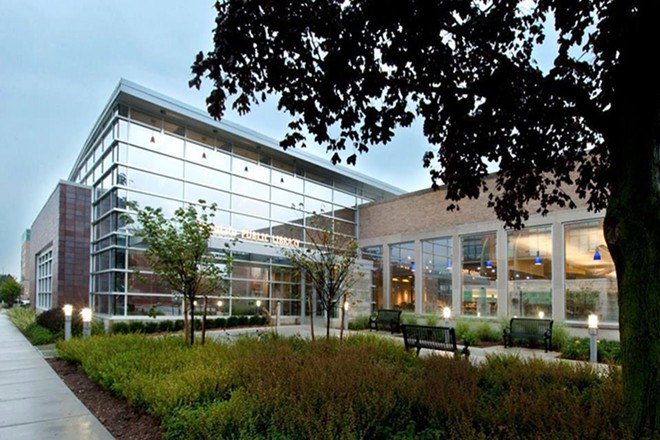 In December, 2016, a man opened fire in Washington, D.C. pizza restaurant Comet Ping Pong, convinced by fringe right-wing reports that it was the hub of a Hillary Clinton-run pedophile sex ring. (It was not.) More recently, a Novi teenager was arrested after calling CNN's Atlanta headquarters 22 times over two days in January with threats to kill the network's employees for making "fake news."

Of course, the term "fake news" was popularized by President Donald Trump — a man who lies blatantly and constantly — in an attempt to discredit his critics in the mainstream media. (He even went as far as creating a "Fake News Awards.") The role that Russian propagandists played in tilting the 2016 election on Facebook and Twitter is currently being investigated by the FBI. In light of all this, Facebook founder Mark Zuckerberg has announced his social media platform will soon de-prioritize news. (You can learn about how to keep Metro Times in your Facebook news feed here.)

To help fight this climate of media illiteracy, WDET has partnered with the Ferndale Area District Library to host "Gimme Some Truth," a panel discussion on "the potentially harmful impacts that 'fake news' posts filled with errors and slanted bias can have on our communities."

According to a press release:

We’re all familiar with the phrase “fake news,” by now. Since it surfaced during the 2016 election, there have been countless cases of generated “news” posts that slip into social media that are designed to push an agenda, to outrage, or to manipulate public opinion. Journalists, meanwhile, long regarded as the gatekeepers of information, are lately being shown increasing amounts of contempt, suspicion, or worse, in an era where information is already traveling at nearly light speeds across our feeds.

“Gimme Some Truth” is a community conversation about how all of us, from teenagers to seniors, currently receive and interpret news and information. How good are we, really, at detecting false, biased, or harmful dispatches over something as porous to infiltration as Facebook? We may think we’re “informed,” but do we really know who’s informing us?


"Gimme Some Truth" will be held at 7 p.m. on Thursday, Jan. 25 at the Ferndale Area District Library. The event is free; guests are advised to register at wdet.org/events.