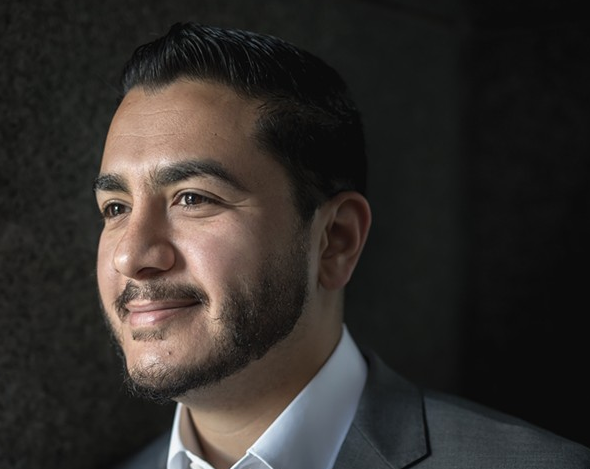 A professorship at Columbia University’s Mailman School of Public Health in New York may keep gubernatorial hopeful Abdul El-Sayed from office. Or at least, that's what a recent Bridge magazine article suggests. The magazine interviewed several experts that say El-Sayed could be ineligible to run because he was too recently registered to vote in New York, regardless of having a residence in Ann Arbor since 2008.

But, El-Sayed doesn't seem to be deterred, nor does he think the potential road block is a legitimate cause for concern. Instead, he thinks it's an attempt by several fellow democrats to smear his campaign.

"When people who look like me and have names like mine try and do something like [run for office], they're going to get asked about how much they belong," El-Sayed says in a video posted on Facebook in response to claims regarding his ineligibility.

El-Sayed posted the video in a private Facebook group called "Abdul for Michigan - Action Team," but went on to share similar sentiments in a Twitter thread where he claims "establishment Democratic insiders who claim to believe in our diversity ... feel so threatened by my run that they ... attack me for my faith and name — often resorting to the kinds of Trump birther tactics that the GOP used against Barack Obama."

THREAD (this is a long one so have a seat):

I try not to talk much about this, because I’d rather focus on what we can do together to fix our broken politics. But running for office with my name, my faith, and my ethnicity has it’s challenges.

His communications director, Adam Joseph, released an email to subscribers refuting the claims and asking for donations to El-Sayed's campaign.

"Abdul is 100 percent eligible to serve as Michigan’s governor," Joseph said, "He meets all the requirements for eligibility, as affirmed by multiple lawyers with comprehensive knowledge of Michigan’s laws."

According to Michigan Secretary of State, El-Sayed was still registered to vote in Michigan, despite his move to New York.

"While he didn't vote in Michigan between 2013 and 2016, he never lost his voter's registration, said Fred Woodhams, spokesman for the Secretary of State.

Malak Silmi is an Editorial Intern with Metro Times and a journalism and global studies double major at Wayne State University.