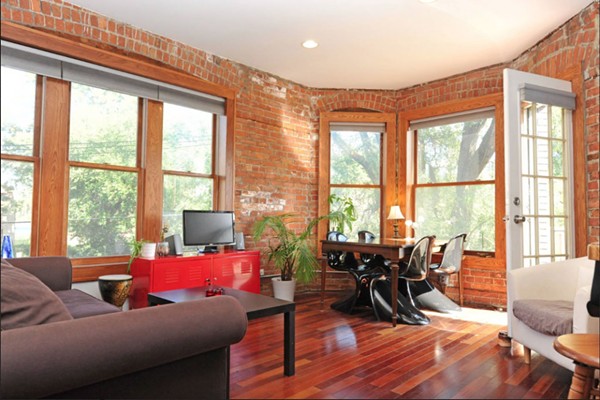 (UPDATE: Detroit says on 2/9 it will not enforce its new rules. Read the story here.)

The city of Detroit is sending cease and desist letters to property owners operating some Airbnb units in R1 and R2 residential zones, or single- and double-family residences.

The move comes after Detroit City Council approved in November the new restrictions as part of a general update to the city's zoning code. The update went into effect on Feb. 6. and makes it illegal for property owners to rent out rooms in a home or apartment in which they live in the city's R1 and R2 zones. (It is OK, however, for property owners to rent a secondary property that they own.) The new language specifically prohibits home occupations in R1 and R2 zones, and states that, "Use of a dwelling to accommodate paid overnight guests is prohibited as a home occupation; notwithstanding this regulation, public accommodations, including bed and breakfast inns outside the R1 and R2 Districts, are permitted as provided in Sec. 61-12-46 of this Code" (subsection of 61-12-392)."

Airbnb spokesperson Ben Breit says there are 430 hosts in Detroit, of which 50 percent rent out an extra room in their apartment or home. The bulk of the city residential zones are R1 and R2.

Several officials who spoke with Metro Times characterized the update as a housekeeping measure meant to clean up ordinance language.

However, it appears there was much more than that in the update, and the one-sentence change that impacts Airbnb hosts was buried in a 200-page text amendment. City planner Jamie Murphy says that Detroit Planning Commission staff wrote the changes. The Commission works for city council — unlike the planning department, which works for the mayor, Murphy explains — though it's not immediately clear which council member asked for the changes.

Multiple city officials and at least one city council member were unaware of the changes when questioned by Metro Times. Other city council members declined to comment or did not respond to Metro Times requests for comment. That includes council member Gabe Leland. He is a part of council's planning and economic development subcommittee, which approved the text amendment.

In short, it appears that many were unaware of the new Airbnb restrictions.
The update was specifically designed to target Airbnb, Murphy tells Metro Times.

"This change does not affect any home occupation other than paid overnight guests — everything else is still regulated the same," she says.

What's the motivation? It's hard to know at this point, but some see it as city hall's gift to the large corporations building new hotels in town. The Shinola Hotel, Siren Hotel, and Element Hotel are expected to open their doors this year, while others, like The Foundation, opened in 2017.

But Breit says restricting Airbnb takes money that would go to Detroiters and puts it in the pocket of what are mostly out-of-state corporations that operate hotels.

"We're very disappointed by this turn of events. Airbnb has served as an economic engine for middle class Detroiters, many of whom rely on the supplemental income to stay in their homes," he says. "We hope that the city listens to our host community and permits home sharing in these residential zones."

Murphy says that the changes "were in response to some resident complaints and were generally a way to begin regulating short term rentals while a more comprehensive ordinance is written."

"Generally the city tends to be very conservative about allowing new uses, especially in R1 and R2 zones," she says. "They are the most restrictive zones and residents are very sensitive to changes near their homes."

We'll update the story with more information when it is available.