Diana Ross' sister is running for a Michigan House seat 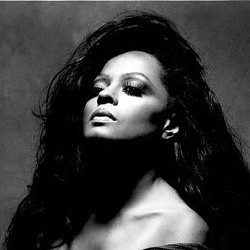 Elections for the state's House of Representatives will take place this year, and all 110 seats are up for grabs. In the 5th district, which encompasses much of Southwest Detroit, there's one candidate with a bit of star power in the running.

Rita Ross, the youngest sister of famed singer Diana Ross, entered the race in late January. While there is currently no website or online presence for the campaigns, records list her as a Democratic candidate.

My sister Rita Ross is running for State Representative of the 5th District in Detroit, this is her calling .Please support!

Rita Ross was a member of Detroit's Board of Zoning Appeals until recently. We were unable to reach her for comment.

The primary election will be held August 7, 2018, and the winners will square off in the November general election. The seat is currently held by Democrat Fred Durhal III, who succeeded his father, Fred Durhal Jr., in 2014. Durhal is running for re-election, and if elected, it would be his final two-year term.