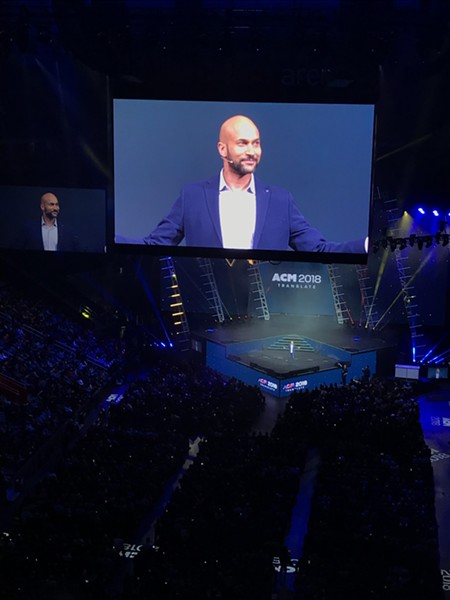 Leave it to Quicken Loans to hold a company-wide meeting at Little Caesars Arena — the 20,000 capacity venue smack dab in the middle of "the District Detroit." And leave it to the mortgage giant to enlist a celebrity to rally the troops.

An anonymous tipster provided the image above, which shows Detroit's own Keegan-Michael Key addressing a packed house while sporting an early 2000s pop-star headset. Key, who debuted as the new spokesman for Quicken Loans' Rocket Mortgage app in a Super Bowl commercial last month, opened the event. According to our tipster, the whole thing is, like, some sort of year-in-review soiree. Also, Dan Gilbert is currently speaking.

When asked, the tipster admits this: "I don't know WTF this meeting is for."