How the hell are they supposed to build a Detroit hyperloop when we can't even figure out potholes? 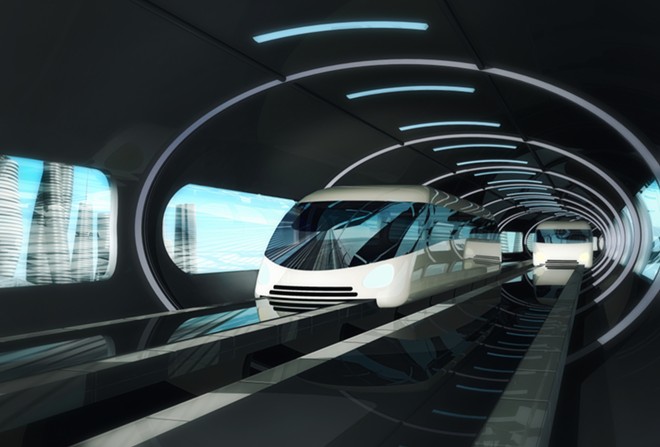 Could the Motor City become Hyperloop City? According to reporting from Crain's Detroit Business, Hyperloop Transportation Technologies Inc. — the California-based company seeking to build a network of high-speed electromagnetically levitated commuter trains that could travel at speeds of 760 mph — made contact with the Michigan Department of Transportation, though no further information has been made available.

An MDOT spokesman told Crain's the company "made contact and while there is no meeting scheduled, we are always willing to listen." Last week, the company signed an agreement with both Illinois and Ohio agencies to conduct a feasibility study for a system that could provide 28-minute commutes between Cleveland and Chicago.

The company estimated it would cost between $20 million to $45 million per mile to build the technology. With some 300 miles between Chicago and Detroit, the cost would range between $6 billion to $13.5 billion.

Meanwhile in Michigan, our roads are decimated by potholes and we never really figured out that whole bus thing. Even Bill Gates recently cast doubts about the feasibility of Hyperloop technology.