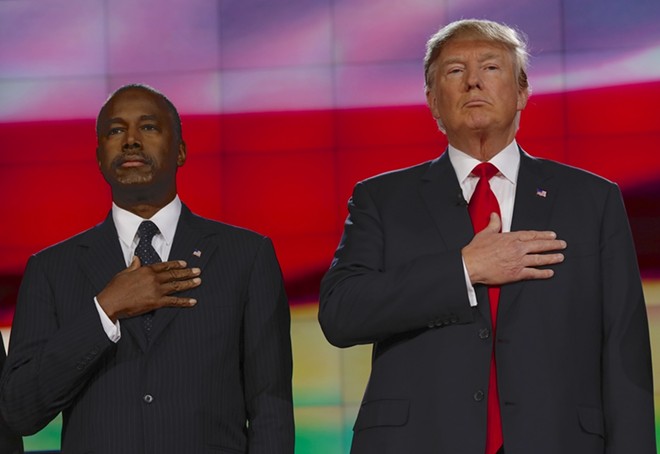 Yesterday we brought you news that Detroit native and U.S. Department of Housing and Urban Development Secretary Ben Carson reportedly spent around $31,000 on a custom-made table and chairs in an effort to redecorate his office.

Ben Carson's HUD spent $31k on a dining set while planning cuts for poor people
By Lee DeVito
News Hits
A former staffer and whistleblower said she was demoted after she resisted demands she spend more than the legally allowed $5,000 to redecorate Carson's office.

The department responded by saying the table served a building-wide need for a 'spensive dining set, and the White House is, reportedly, really displeased with that answer.

CNN reports that top White House aides are furious, but not really because of Carson's flagrant misuse of federal tax dollars — they just don't like the way HUD responded to questions about said spending. Thus, they have decided to take a more "hands-on" role in stemming the tide of negative news.


One source with knowledge of the situation said that those senior White House aides are angry with top officials at the housing department, but not so much at Carson, who ran against Trump during the 2016 Republican presidential primary.

A second source said that the White House was so upset with the way the HUD communications shop handled the issue that a conversation was scheduled to discuss the White House taking on a greater role in framing the response to reporters' inquiries about Carson. The idea is to stop the bleeding after incredibly unfavorable headlines about the Carsons and HUD spending.