Ben Carson knew about $31,000 dining set despite statements to the contrary 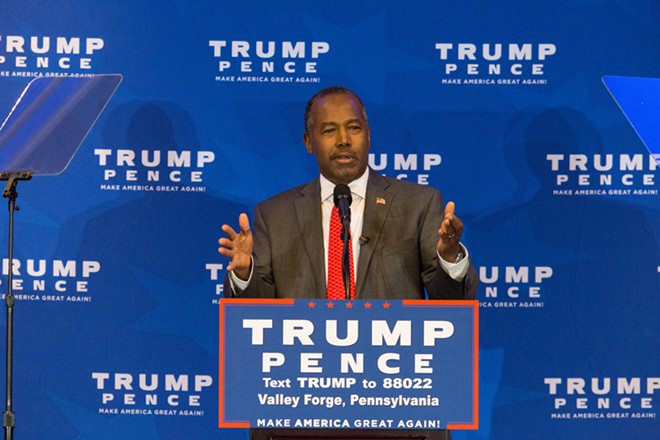 Newly released emails indicate Secretary Ben Carson knew more about a controversial $31,000 furniture set for his Department of Housing and Urban Development office than either he or a spokesman had initially let on.

Ben Carson's HUD spent $31k on a dining set while planning cuts for poor people
By Lee DeVito
News Hits
The emails, obtained by CNN through a Freedom of Information Act request by liberal watchdog group American Oversight, refer to "printouts of the furniture the Secretary and Mrs. Carson picked out." The $31,000 dining set — a little more than the median household income in Carson's native Detroit — would have been in violation of federal law, which requires congressional approval for department head office redecoration expenditures of more than $5,000.

The White House is so pissed at Ben Carson's HUD right now
By Alysa Zavala-Offman
News Hits
According to the emails, a HUD staffer shared the initial quote of $24,666 for the set to Carson's chief of staff and his executive assistant. While referring to the quote as a "a very reasonable price," the staffer also acknowledged the high price tag, saying, "We also have a justification for the cost (as you know, the furniture hasn't been changed since 1988) so this should not be a problem."

A HUD spokesman initially claimed Carson had no involvement with the purchase. Last month, The Guardian reported a whistle-blower claimed she was demoted and transferred after bringing up the $5,000 redecoration limit.

HUD has since canceled the order.