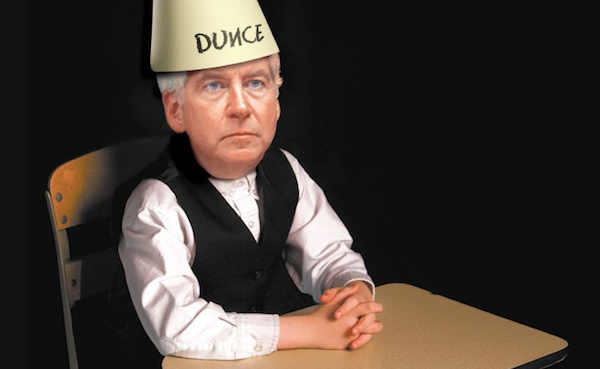 More than six months ago, MT published a cover story about how a handful of Detroit students — with an able assist from a public interest law firm — took Gov. Rick Snyder and other Michigan officials to court over their right to an education.

The suit never said students had a right to a gold-plated education, just a basic one. And argued convincingly that students simply couldn't learn without the basics: textbooks, chairs, desks, pens, pencils, teachers, and even toilet paper. As the plaintiffs argued, the students are simply "warehoused for seven hours a day" in "an unsafe, degrading, and chaotic environment" that is a school "in name only."

As we noted at the close of our story, the presiding judge in the case, Judge Stephen J. Murphy III, noted that decisions usually took about 30 days, and this one might take longer. But as we approach six months with no ruling, we're beginning to hear some media mutterings.

Among them is a new piece from Chalkbeat that describes the plaintiffs' layover as a "legal limbo." All in all, it has been 18 months since they first filed their case. And as the article illustrates, the condition in Detroit's schools remains dire. A strong ruling ordering positive forward action could help change things.

“The students are still suffering big time from the conditions of their education prior to the filing of the lawsuit despite the bright, energetic, committed superintendent and school board. The conditions on the ground have not changed … It’s a direct result of failure in the way the state ran the school district and the failure to provide these young people with the opportunities they deserve.”