Plastic fibers found in 90 percent of bottled water in the U.S. 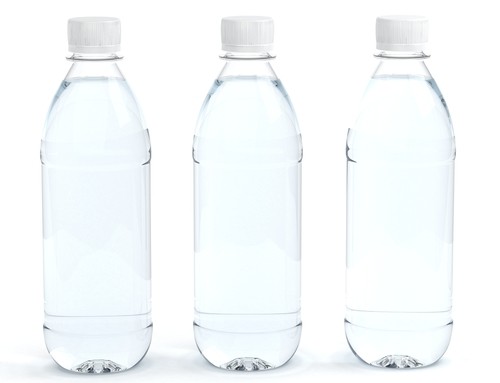 The Guardian reports a new study found there are microplastics, tiny bits of plastic crap about as small as 2.5 microns across, in 90 percent of the bottled water they have tested from the U.S. About 83 percent of bottled water from around the world was also found to contain the plastic fibers. Naturally, the issue has captured the interest of the World Health Organization.

It hasn't been published or even peer-reviewed yet, but the study, performed by scientists at the State University of New York in Fredonia, and commissioned by Orb Media, has some attention-getting findings.

• Analysis of 259 bottles from 19 locations in nine countries across 11 different brands found an average of 325 plastic particles per liter of water.
• Of the 259 bottles tested, only 17 were free of plastics.
• In one bottle of Nestlé Pure Life, concentrations were as high as 10,000 plastic pieces per litre of water.

Now, you may recall we've covered Nestlé before. They're the company pulling water out of the ground in Michigan and bottling the Ice Mountain and Pure Life brands. That's water in common owned by all Michiganders — including you and me — and Nestlé has pumped billions of gallons of it out of the ground, and paid the state a few thousands dollars in fees for the privilege.

Nestlé’s push to pump more water out of Michigan meets resistance
Giant sucking sound
By Michael Jackman
Local News
It is piped and trucked to the company's facility in Mecosta County, where it has been bottled and sold under the Ice Mountain and Pure Life brands for the last 15 years.

Much of this bottled water has gone, with the best of intentions, to Flint, where residents were poisoned by the cost-cutting actions of the governor's emergency managers. As this most recent research now makes clear, those people in Flint, who've resorted to the use of bottled water as a replacement for toxic tap water, now may realize they've faced another risk: ingesting millions of tiny pieces of polypropylene — the kind of plastic used to make bottle caps.

We first heard about it from Jeff Ostahowski, our friend at Michigan Citizens for Water Conservation. "Talk about a double-whammy!" he told us. "The people of Flint were poisoned by the governor and the DEQ — and get micro plastics in the bottled water they've been drinking for the past couple of years."
He actually went one further than us, talking about the damage discarded plastic does to the ocean. For instance, the five large plastic trash gyres in the world's oceans, or a study published showing that in 32 years, the total weight of all plastic in the world's oceans will surpass that of marine life.

Of course, for Ostahowski, it's very convenient to suggest that a company like Nestlé use glass bottles to cut down on microplastics. Anything to cut into the profits of Nestlé, right? But it's worth noting that such ideas are more controversial than simply using another 3.5 million disposable plastic bottles every day, with no plan on how to reuse or recycle them.