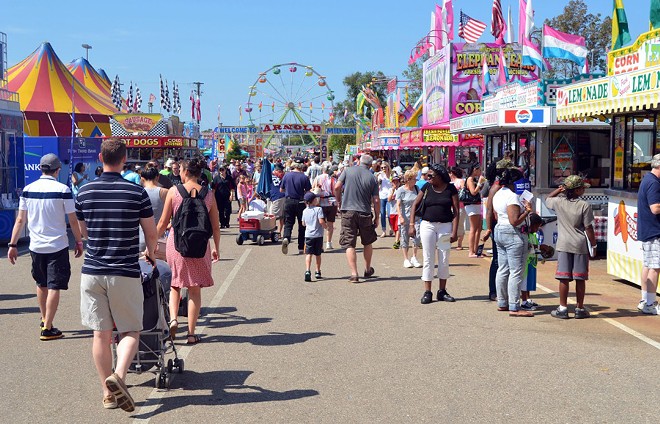 The city of Detroit says it will buy the bulk of the old Michigan State Fairgrounds site from the state, clearing a key hurdle to redevelop one of the city's largest land parcels.

Under a proposed agreement with the Michigan Land Bank Authority, the city would purchase 142 acres of the property along Woodward for $7 million and Magic Plus LLC would buy a remaining 16 acres for an undisclosed price.

The city side of the deal would require additional approval from council, a release from the mayor's office says. Detroit's recently approved 2018-19 budget included $4 million to cover the $3.5 million up front cost of the total purchase price. The city says the remainder would be paid once the land is developed, with council to vote on the plan after environmental reviews take place, possibly this spring.

"This public/private agreement is marrying two visions for the State Fairgrounds to create jobs and provide commercial destinations for those new employees and current residents,” Josh Burgett, director of the Michigan Land Bank Fast Track Authority, says in a media release.

The city will "explore different development options that will ensure that the project creates real economic opportunity for Detroiters and do it in a way that harmonizes with and benefits the surrounding neighborhoods," the release says, noting the purchase could mean thousands of jobs.

The purchase also means the DDOT transit hub stationed at the site will stay put, the release says.

Magic Plus first proposed an ambitious revamp of the site five years ago, with plans for big box stores and ample parking. Last July, Crain's reported that vision had evolved thanks to intervention from Detroit planning director Maurice Cox, who sold developers on an urban-style commercial area that would be walkable and bikeable. It's unclear what Magic will put there now that it is only buying 16 acres of land.

“We are excited about developing the Woodward Avenue frontage at the State Fairgrounds site and we look forward to working with the City of Detroit,” Magic Plus principal Joel Ferguson says. “We want to thank Gov. Snyder, Mayor Duggan, the Michigan Land Bank and the citizens of Detroit for their patience in all of our development efforts.”

Local residents hoping to have a say in what happens with the site appear hopeful that the city ownership will mean a better community engagement process.

“We want to make sure that community engagement happens … before the community benefits process even takes effect,” says Sam Butler with the non-profit, Doing Development Differently in Metro Detroit. “We’re hoping the city will incorporate people from the ground floor, so to speak.”

Butler’s group and the State Fairgrounds Development Coalition have solicited input from several hundred residents over the past year and say they plan to release the feedback they received on the future of the site this spring.

The State Fairgrounds became a greenfield in 2009, after then-governor Jennifer Granholm put an end to the more than century-old fair. Gov. Snyder signed legislation in April 2012 to transfer the site to the Michigan Land Bank so it could be returned to productive use.