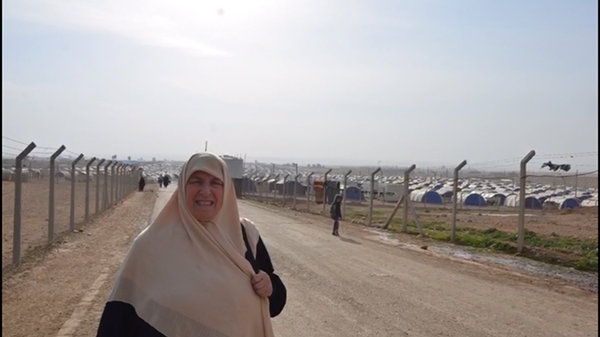 Iman Jasim is many things. She is an Iraqi immigrant and a mother of six. She's a teacher, a humanitarian worker, and a wife. She has a message, and she's spent more than 30 years sharing it with her community both locally and abroad.

Jasim, 57, says her father instilled certain values in her early on. He wanted her to know the value of giving and serving others.

She immigrated to the United States in 1982 with her two children, and her husband who was working toward his master's degree in agriculture. Since their arrival, she's worked with a handful of local organizations to help orphans and she's continued to spread her father's message of service by speaking to youths in mosques.

In 2011, the war in Syria began and Jasim decided to expand her work to help the millions of orphans and refugees who have fled to Jordan, Turkey, Greece, and other surrounding countries.

In order to do so, Jasim authored a children's book series called A Cup of Mint Tea, a collections of short stories first published in 2012. She gives half the proceeds to aid orphans in Syria and in honor of Ramadan 2016, she sent them 100 percent of her profits from book sales.


She's also published and sold graduation, celebration, and wedding cards, and small key chains bearing Islamic prayers. Jasim says it's only with help from her community that she's been able to raise thousands of dollars to help children in the Middle East. She says people have donated their time and money — offering to translate her short stories into English, contribute illustrations, advertise, and buy her products.

The proceeds were sent through relief organizations like Islamic Relief and Helping Hand for Relief and Development, but this year Jasim decided to  personally deliver aid to orphans.


She collected some of her inheritance from her mother’s passing, and proceeds from her books and merchandise, and traveled to Iraq on Jan. 17 to aid orphans affected by the destruction caused by ISIS and other militants in spring 2017.


She visited Erbil, Baghdad, and the old and new cities of Mosul. Jasim worked with the Iraqi humanitarian organization, “Zahrat Al-Hadbaa” and had to ride in a bulletproof car to travel to the old city of Mosul.


“They destroyed the old city the same way that they destroyed Aleppo. All of the buildings are rubble everywhere,” Jasim says. “It was so disastrous, you can’t begin to imagine.”


She met with 200 widows and orphans, gifting each person $50, and set up a small shop and equipped it with daily necessities like milk, sugar, rice, and eggs. Jasim purchased all the items herself, which were sold to residents for a quarter of the original price.


“They severely needed the money, to buy water, food, and materials to rebuild their homes,” Jasim says.


Jasim also built three wells in Mosul for $3,000, helped rebuild a mosque, and provided families with about four pounds of meat, which most families cannot afford to purchase.


“They walk three miles to get water and food,” Jasim tells us.


Jasim traveled to Jordan, after her time in Iraq, with Helping Hand for Relief and Development, an international humanitarian organization, to aid Syrian refugees and orphans in the Zaatari refugee camp and Palestinian refugees in the Jerash camp.


She distributed and paid for 100 families to each receive about four pounds of meat in Jerash camp and 360 food baskets among the Syrian orphans in the Zaatari camp. 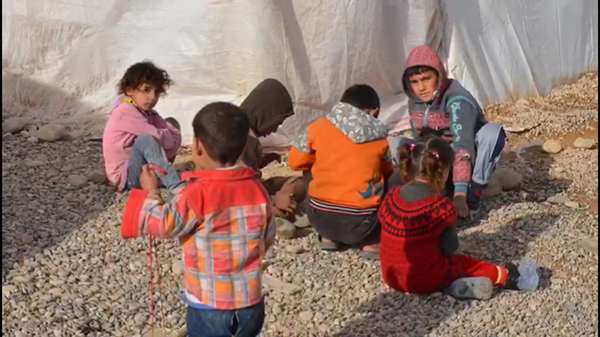 For Jasim, the happiness these gifts bring to children living in crowded camps with few belongings makes it all worthwhile.


“I never thought as little as $25 or a small letter would fill an orphan’s day with joy,” Jasim says. “I do this work to see the smiles on their faces.”


Jasim returned to Michigan in Feburary, and hopes to inspire her community to continue to donate and help orphans.


“Volunteering even an hour from your week or a couple of dollars, would help a child. Just give.”

You can see more of the work Iman Jasim documented on her Facebook.

Malak Silmi is an Editorial Intern with the Metro Times. She is a journalism and global studies major at Wayne State University.