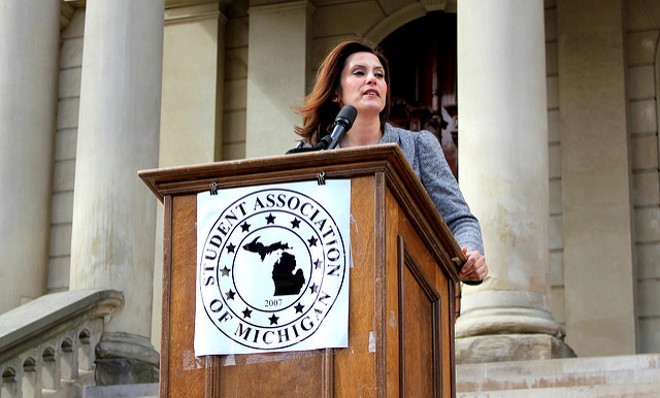 The announcement came Tuesday, following Strampel's arrest on Monday. Strampel, Nassar's former boss, was arraigned on Tuesday on four criminal charges stemming from the Nassar scandal, including misconduct by a public official. He is also accused of failing to properly monitor Nassar and for sexually harassing female students.

"I will always put justice for survivors ahead of politics," Whitmer to the News in a statement. "MSU failed hundreds of women who were abused by Larry Nassar, and I'm going to do everything in my power to help these brave survivors heal."

It's the latest hard-line stance from Whitmer on issues pertaining to sexual abuse and harassment. Last month, Whitmer's former campaign manager Keenan Pontoni resigned after the campaign received allegations of past inappropriate workplace conduct. (The campaign has kept quiet about the details of the allegations.) In 2013, then-Senator Whitmer made headlines while arguing against a controversial "rape insurance" bill by revealing she had been sexually assaulted as a freshman at MSU.