Ted Nugent has no soul 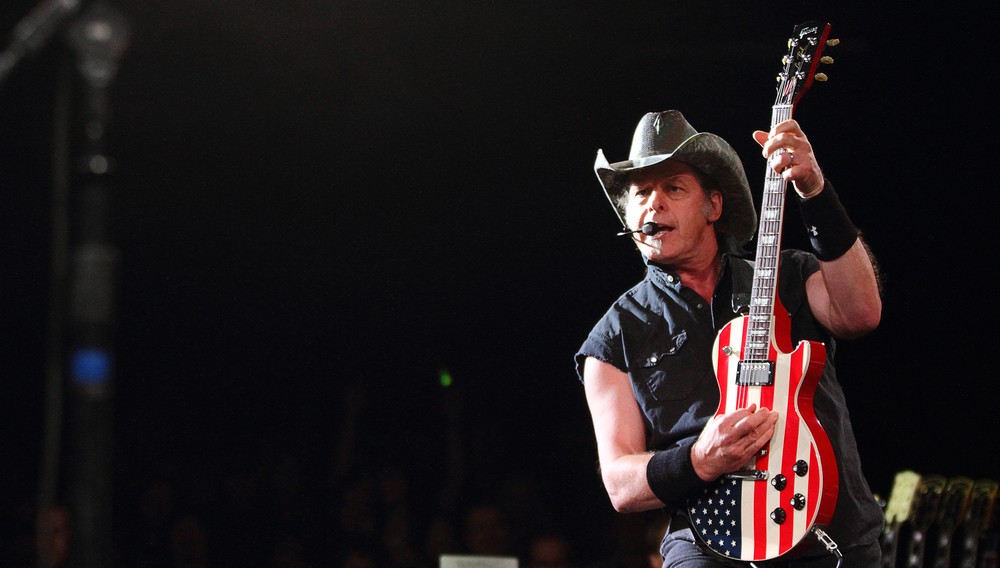 The "Motor City Madman" schtick is getting old, Ted.

On Friday — Good Friday for all the Christians in the house — the old-enough-to-retire rocker and so-called "conservative" said the teenaged gun control activists who survived the Parkland, Fla., Marjory Stoneman Douglas High School massacre are "mushy brained children" who have "no soul."

"The Nuge" made the comments on the conservative nationally syndicated Joe Pags radio show, where the National Rifle Association board member defended the organization and its members against blame for the Parkland shooting, which left 17 people dead and wounded 17 more.


"The level of ignorance goes beyond stupidity. Again, the National Rifle Association are a bunch of American families who have a voice to stand up for our God-given Constitutionally-guaranteed right to keep and bear arms. We have no blood on our hands. No NRA member have ever been involved in any mass shootings at all, in fact the National Rifle Association is the lone organization that has taught firearm safety in schools, and for law enforcement, and for military, and for childrens organizations and family organizations around the country for 100 years. So once again, this poor pathetic individual is a liar."

"The dumbing down of America is manifested in the culture deprivation of our academia that have taught these kids the lies, media that have prodded and encouraged and provided these kids lies. I really feel sorry for them because it’s not only ignorant and dangerously stupid, but it’s soulless. To attack the good law-abiding families of America when well known predictable murderers commit these horrors is deep in the category of soulless. These poor children, I’m afraid to say this and it hurts me to say this, but the evidence is irrefutable, they have no soul."


Wow. How shocking. How edgy. How politically incorrect. How rock 'n' roll.

The Nuge's comments are the latest from right-wing pundits attacking the Parkland survivors-turned-activists, which have ranged from accusing them of being "actors" in some sort of grand liberal anti-gun conspiracy to calling them anti-American traitors.

It's inconceivable to these people that the Parkland teens, having witnessed their friends getting senselessly gunned down, might actually be fed up with the empty rhetoric of politicians, pundits, and the NRA when it comes to gun control reform.

And they're outmaneuvering these old farts at every turn.

Nugent's comments came as advertisers were dumping Fox News' Laura Ingraham after she mocked Parkland survivor David Hogg for getting rejected from four colleges, implying that it had to do with his activism. Hogg then tweeted a list of advertisers on her show, calling for a boycott.

Many of the companies swiftly pulled their advertising. (Though Detroit's Quicken Loans, which advertises its Rocket Mortgage on the program, did not.) After Ingraham apologized, she then abruptly announced she would take a weeklong "Easter break" from her show.

"She only apologized after we went after her advertisers," Hogg told The New York Times. "It kind of speaks for itself."

Nugent, of course, is not one to talk about souls, having made countless inflammatory comments throughout the years — including saying President Barack Obama should "suck on my machine gun." Another threatening comment got Nugent investigated by the Secret Service in 2012.

The Parkland students demanded an apology for Nugents' latest comments.

"If only he saw all the tears. If only he had to look into the eyes I’ve looked into. If only he saw what this did to all of us," Parkland junior Cameron Kasky tweeted. "And here the NRA is, receiving more fear-based donations than ever. Talk about 'no soul.' This guy better apologize. Seriously."