A year ago, we told the stories of Washtenaw County residents trying to head off the construction of the Nexus pipeline, which was determined to use eminent domain to build a pipeline carrying fracked gas from Ohio to Canada, where pipeline owners hoped to sell it for a profit.

Related Nexus wants to use eminent domain to ram a pipeline through Michigan and Ohio — and you to help pay for it: Pipe dreams

Activists were mad as hell that the pipeline, a project of DTE Energy in partnership with an Enbridge subsidiary, was going to use eminent domain, which the Federal Energy Regulatory Commission grants because gas infrastructure is considered a public good — even though the gas would be bound to another country for sale. These eminent domain powers would allow the company to claim land, and the pipeline was routed near schools, private homes, through private recreational land, public parks, and even the centennial farm of resident Kathy Schoen.

Schoen had told us, "My fear is ... they're going to have to de-water our property. It sounds like they drive big steel sheets in at angles, and they pump the water out, and it's just going to be even worse. It won't ever be the same."

Pictures sent in over the winter show the toll construction has taken on Schoen's farm land. "The mess is hard to comprehend," she tells us, adding, "Very depressing."

Meanwhile, up at the Throw Shop, the disc golf shop run by Ben Calhoun, trees have been taken out and the land formerly used as a disc golf course is in upheaval. Calhoun says only time will tell if his business will remain viable, given the tumult. 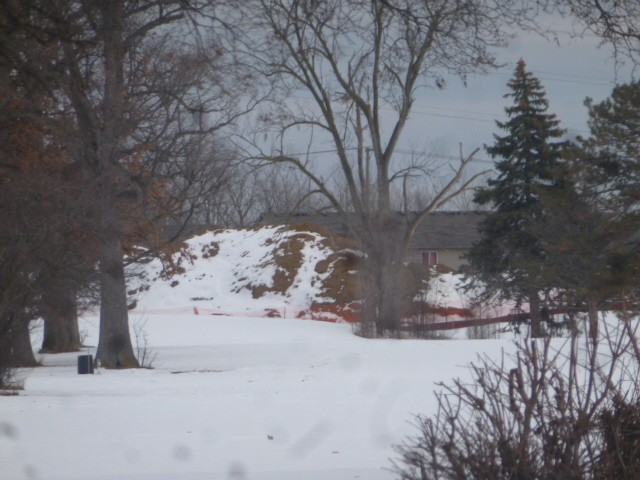 Calhoun adds that Nexus was granted its odorization waiver. That means that any gas leaking from the pipe will not have the nasty smell the public is taught to associate with natural gas. While Calhoun says the decision poses long-term health and safety risks, it will save the pipeline operators money.

When we spoke with Schoen and Calhoun, they said that work had not yet begun on putting the pipeline under the Huron River at Hydro Park. No doubt environmentalists will be especially concerned if the pipeline is laid using horizontal directional drilling, a process critics say can allow chemical-laden drilling fluids to enter the groundwater table.

Meanwhile, critics of the pipeline remain convinced it is not needed and will not even prove profitable. DTE Energy, in fact, hedged its bets on whether it would make money, bringing a case before the Michigan Public Service Commission and saying that, should the line not be profitable, it would like permission to pass the costs of building Nexus on to DTE ratepayers.

Or as Douglas Winters, counsel for Washtenaw Township, put it to us last year: "There are hundreds of thousands of miles of pipelines to transport gas, OK? So of all the places you got to pick to put this damn pipeline, you're going to put it ... through the township park, and you're going to have all these conflicting construction schedules, and, by the way, we're going to pay for it, and, on top of that, you don't want to odorize it."

"Aside from that, I guess it's a good thing," he said.