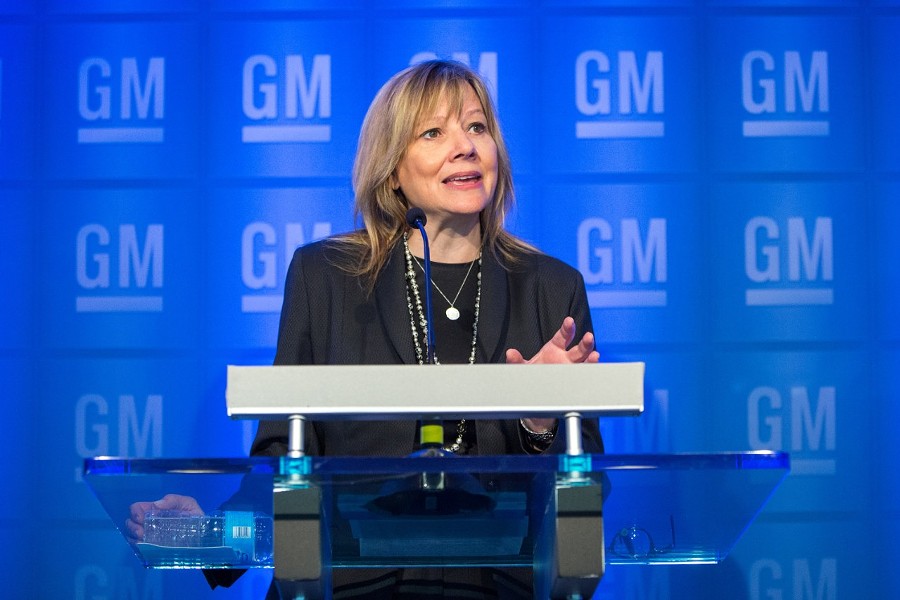 On Tuesday, Trump announced more tariffs on Chinese products, including a 25-percent tariff on Chinese-made automobiles. The move, however, wouldn't harm China's domestic auto companies because they don't sell very many cars in North America.

General Motors, however, does produce two models it manufactures in China and imports to the U.S. — the Cadillac CT6 Plug-In Hybrid and the Buick Envision crossover.

The moves prompted GM to issue a response on Wednesday that seemed to call on Trump to reconsider, at least as far as antiseptic corporate statements go.

"We continue to believe both countries value a vibrant auto industry and understand the interdependence between the world’s two largest automotive markets," the company said in a statement. "We support a positive trade relationship between the US and China, and urge both countries to continue to engage in constructive dialogue and pursue sustainable trade policies."

"These proposed tariffs on steel and aluminum imports couldn’t come at a worse time," Cody Lusk, president of the American International Automobile Dealers Association, said in March. "Auto sales have flattened in recent months, and manufacturers are not prepared to absorb a sharp increase in the cost to build cars and trucks in America."

In response, China said it would place retaliatory tariffs on $50 billion of American products, including automobiles. However, at least one business analyst thinks the Chinese tariffs would have a low impact on GM, since the company manufactures most of the cars it sells in China there. "I don't see them as being susceptible to the tariffs," Cox Automotive senior economist Charlie Chesbrough told Business Insider. "There will be no impact directly because [GM is] not doing volumes like Tesla or Ford."

Still, it's the latest in what has been a tumultuous relationship between GM and Trump. On the campaign trail, Trump repeatedly threatened to hit Detroit auto companies with a tariff on Mexican-made cars.

"General Motors is sending Mexican made model of Chevy Cruze to U.S. car dealers-tax free across border," Trump tweeted shortly before taking office in 2017. "Make in U.S.A.or pay big border tax!" (The company responded that this was inaccurate — that the majority of its Cruze models are made in Ohio, and most of the Mexican-made Cruzes are sold outside of the U.S.)

Once Trump took office, he appeared to promise an auspicious reset with the Big Three, inviting its CEOs to the White House on his first week on the job. Trump also invited GM CEO Mary Barra to join his Strategic and Policy Forum.

The good vibes didn't last long, though. In June of 2017, Trump (figuratively) ripped up the Paris climate treaty. This happened to be on the same day GM released its annual sustainability report, in which Barra said, "Environmental stewardship and sustainability are part of our business model and core to our operations."

That again caused the company to issue a statement in the general direction of Trump. "GM will not waver from our commitment to the environment and our position on climate change has not changed," the company said. "International agreements aside, we remain committed to creating a better environment."

Trump's Strategic and Policy Forum was disbanded in August of that year, after a number of CEOs resigned in protest of Trump's response to the white supremacists in Charlottesville. It was unclear why the Forum disbanded, though Barra's statement at the time suggested the true cause:

"General Motors is about unity and inclusion and so am I," she said. "Recent events, particularly those in Charlottesville, Virginia, and its aftermath, require that we come together as a country and reinforce values and ideals that unite us — tolerance, inclusion, and diversity — and speak against those which divide us — racism, bigotry, and any politics based on ethnicity."