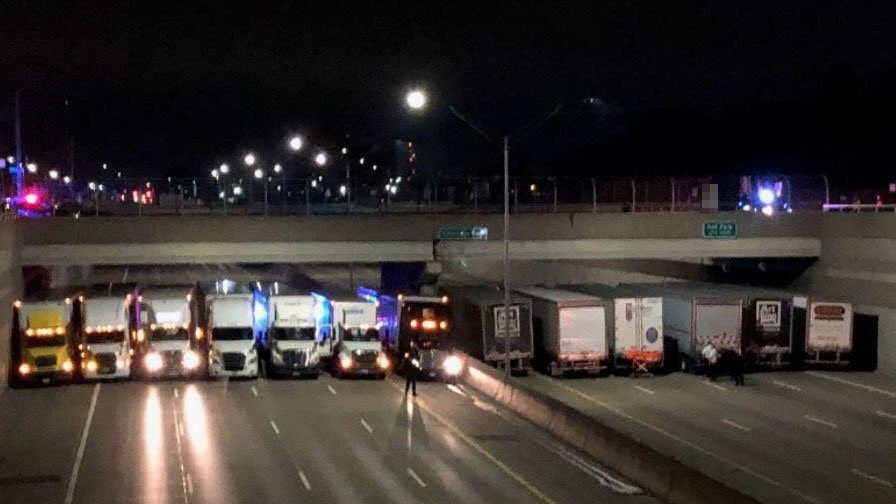 It's not every day that you find 13 semi trucks lined across the highway. But such was the sight early Tuesday morning as the Michigan State Police resorted to unusual means to brace the fall of a man considering suicide by jumping off the overpass.

All lanes of Interstate 696 were closed at Coolidge after police received a call around 1 a.m. that a man was on the bridge.


MSP, Huntington Woods, and Oak Park police all reported to the scene.
As MSP began closing the freeway in both directions, officers were able to organize semi-trucks that had been detoured by the closure.

The hope? That should the man attempt to jump, his fall would be shortened.

Nearly three hours later, the man did not jump and instead was taken to Beaumont hospital for evaluation by Huntington Woods police.

This is the moment the last semi truck pulled in to help the man who was considering suicide this morning on 696. More photos: https://t.co/PZ1Hb0LItY pic.twitter.com/sA4KhFHkku