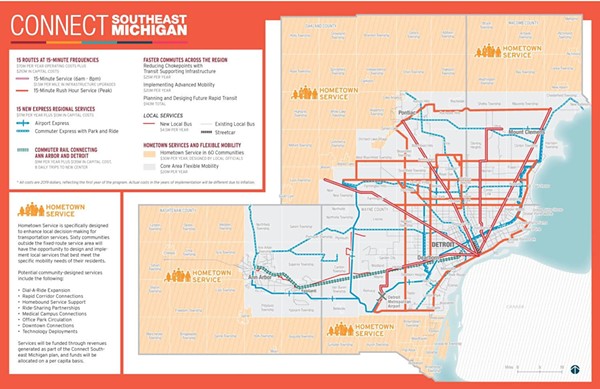 The Connect Southeast Michigan plan represents the latest effort to create a transit system that would span Oakland, Macomb, Wayne, and Washtenaw counties. Its backers have billed it as an improved version of the plan that was narrowly defeated by voters in 2016.

The new plan envisions regional bus routes that stop every 15 minutes throughout the day on Woodward, Gratiot, Michigan, Grand River, and Mound/Van Dyke. On ten other routes, those buses would stop every 15 minutes during the rush hours. There would also be four express routes to the airport and commuter rail service between downtown Detroit and Ann Arbor.

As it stands, Connect Southeast Michigan would levy a 1.5-mill increase on property taxes across the four counties to raise $5.4 billion over 20 years. That means a house with a taxable value of $100,000 would pay an addition $150 in taxes per year. The money would also help fund infrastructure upgrades on those main thoroughfares. 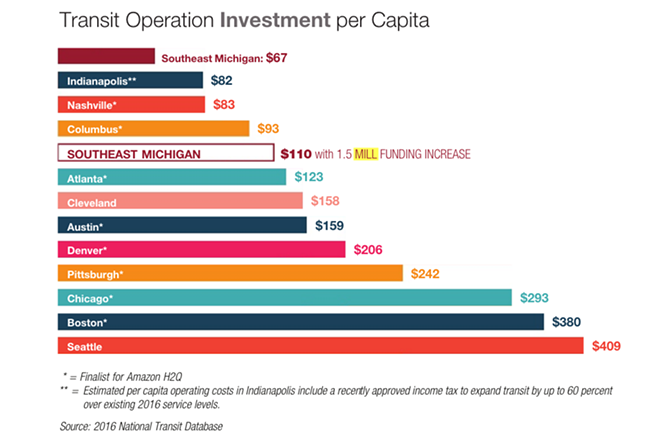 The RTA board is soliciting feedback to decide to whether to adopt the plan and ultimately put it before voters. The plan could also be amended.

Public meetings begin tonight in Birmingham and will be held throughout the region over the course of about a week. You can also provide your feedback via this online survey.