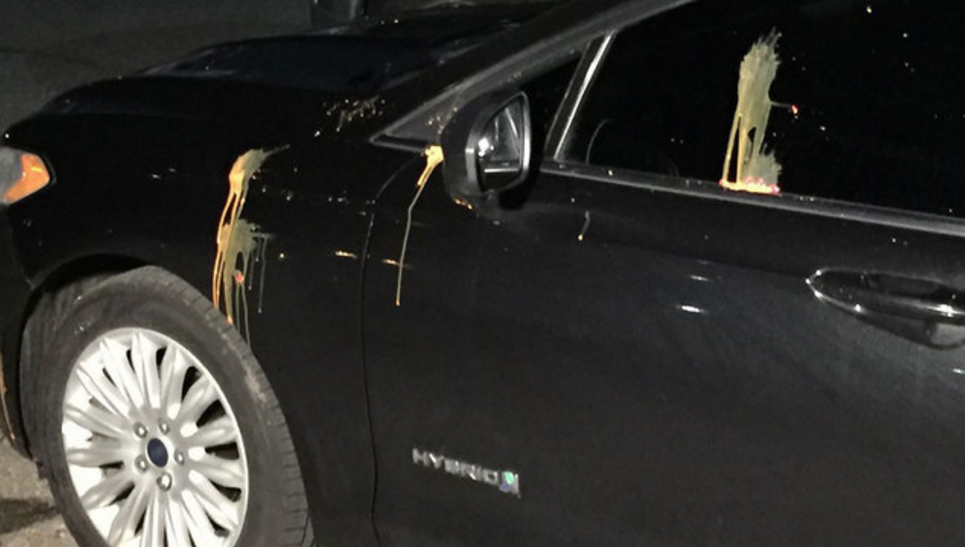 Detroit police have arrested six people who were part of what they describe as a "paintball war" that stretched across the city on Wednesday.

It's a sour outcome for an event that appears to have sprouted from good intentions. Detroit police spokesman Dan Donakowski tells Metro Times the "war" originated with a social media post that advertised "something like a paintball rally titled 'put down guns pick up paintballs.'"

Until the police got involved, reactions to the escapade were mostly positive. Even people whose cars got hit appeared to be laughing.

East side Detroit is out of control with this paintball shit. omg y’all gone make the news 😂😂😭😭

East side Detroit is out of control with this paintball shit. omg y’all gone make the news 😂😂😭😭


Detroit men playing paintball around the city. That is so hype!


But paintballs can cause property damage and even bodily harm. Officials on Wednesday also warned that the guns, which they said resemble AR-15s, could cause a panic. A substantial portion of Detroiters are licensed to carry guns.

It is unacceptable AND dangerous to ride around pulling guns—whether they’re real OR paintball— on folk.

This is how folk end up dead—joking around. A child just pulled their paintball rifle on my Father.

The very worst could have happened.

According to Donakowski, the crackdown on participants began after  a paintball splattered on the car of an undercover Detroit officer. That officer went on to make four of the arrests, according to the Detroit News.

People were arrested in Detroit's fifth police precinct, which covers the southeast side, and all the way across the city near Rouge Park. They were reportedly arrested for disorderly conduct and even assault, and more arrests may be on the way as police continue to investigate.

The arrests drew the ire of some social media users:

They in Detroit arresting/indicting niggas for having PAINTBALL fights! They don’t want anything black to be shit but dead or property of somebody’s department of corrections!!


The event in Detroit came after paintballers in Charlotte, North Carolina made headlines for suggesting the activity could help quell gun violence.