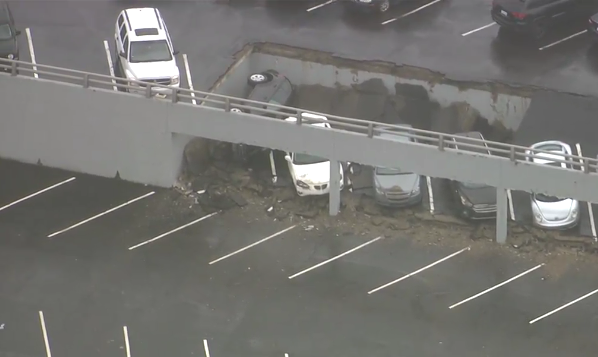 Multiple parked cars fell this morning when a portion of the upper deck collapsed in a downtown Detroit parking structure.

Aerial footage from WDIV showed a hole as deep as the height of an SUV at the structure on 1400 Woodbridge St., just south of Jefferson Avenue and east of I-375. Multiple vehicles slid down toward the level below when the pavement gave, while one appeared to fall directly into the hole, toppling on its side.

No one was injured, according to a representative with Matrix Human Services, the operator of the parking structure. The structure services the Detroit headquarters of the non-profit social services organization.

The deck caved at some point in the 9 o’clock hour, she said. It's not yet clear what the cause was. 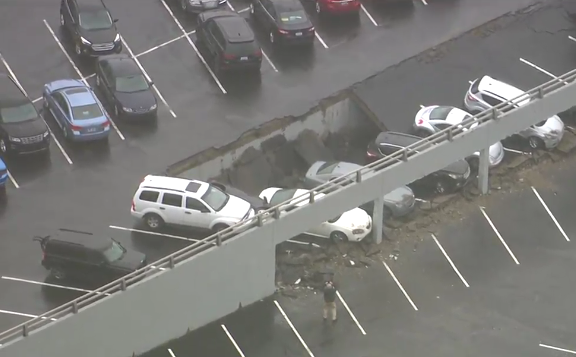