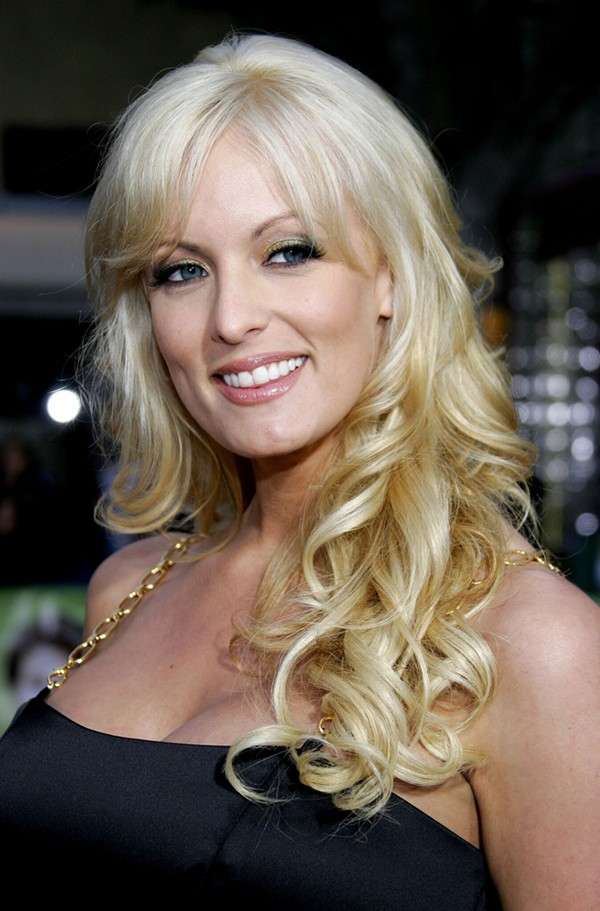 According to Penthouse's Facebook page, Daniels will perform two shows as part of the club's grand opening on May 14. Her latest tour is in conjunction with the release of her Penthouse magazine cover due to be released Tuesday, May 8, and will send the award-winning adult film star to Penthouse locations in New Orleans, Baton Rouge, and Philadelphia.

Daniels, who was born Stephanie Clifford, has been making headlines for having allegedly engaged in a consensual sexual relationship with Trump more than a decade ago, and is pursuing a lawsuit to nullify a non-disclosure agreement she signed just days before the 2016 presidential election. Trump has denied the affair, as well as the $130,000 in alleged hush money paid to Daniels by his camp. (Though former 2016 campaign rival-turned-Trump lawyer Rudy Giuliani may have spilled the beans on that one.

Though a cover charge has not been announced for the Penthouse performance, Daniels' strip club appearance on April 18 at Truth cost guests $20. Photo opportunities with the star cost additional charges.