Detroit No. 1 in pedestrians killed by automobiles 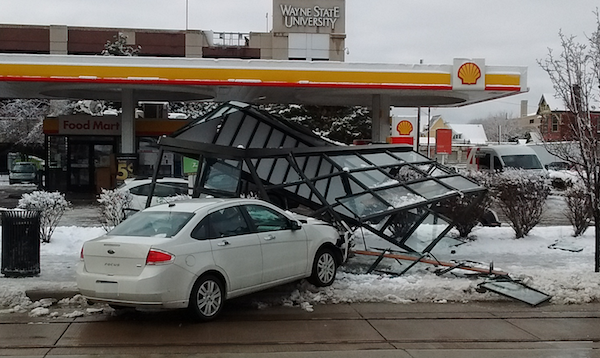 If you're walking down the street in Detroit, you have a stronger chance of being killed by an automobile than in any other big American city.

A report from the National Highway Traffic Safety Administration bore the bad news: Nearly a quarter of the 118 people who died in car crashes in 2016 were pedestrians. That is the highest rate of pedestrian deaths in U.S. cities larger than 200,000 people.

The disturbing statistic was at the heart of a long and informative story in the Detroit Free Press. And yet the reader would have to read for 17 paragraphs before finding that stat.

If that seems strange, it's because the focus of the story isn't how Detroit wound up at the bottom of the statistical barrel again. It's because the whole story has been retooled into a piece about a national spike in pedestrian deaths.

When it comes to how Detroit is the worst of all big cities in this regard, paragraph 18 offers 26 words summing that up — and another 25 words explaining how things in Detroit probably aren't so bad any longer.

Now, we suppose you can take a statistic that points out a serious and chronic problem of the city and turn it into a national story, ranging from SUVs to cellphones to weed, and spanning from New York to Ann Arbor. But one strains the mind to consider a story that would do the same if the news were considered "good news."

Would the fact that a Detroit team won a championship ever be transformed into a lengthy article about improved offensive capability for teams nationwide? With an 18th paragraph acknowledgement that one of our teams won a championship?

If a company were to rate downtown Detroit as the hottest investment opportunity in the country, would that become just another statistic in a story about urban real estate heating up nationwide?

Or is this Gannett trying to leverage its USA Today content by giving its big-city newspaper audience the benefit of wisdom gleaned from special investigations by the USA Today Network? (To be fair, Zlati Meyer surely knows her way around town.) But it's a pale substitute for a time when the Detroit Free Press had bureaus in other cities, other states, and other countries. You'd get Detroiters telling you the news from around the world, instead of a global mash-up in your local paper. Times change, we suppose.

Even so, everybody still talks about how "tough" and "resilient" Detroit is. That's because Detroit is the kind of city that can handle a headline blaring its problems on the front page — not buried in a detailed story about crash-avoidance, NHTSA policy, and distracted driving.

Leave it to us to do you that kindness.