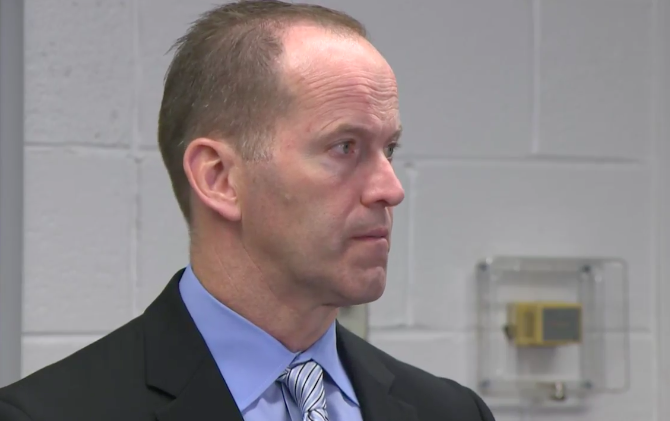 A 20-year-old was shot and killed by a Royal Oak police officer early this morning, marking the second deadly shooting by a police officer in the low-crime city within a two-month stretch.

"Cody began to slowly approach the [officer's] vehicle," O'Donohue told reporters at a news conference this morning. "Once Cody kind of closed the distance a bit, he very abruptly went down to the ground. Almost immediately upon going to the ground, he got up very aggressively and charged at the officer as the officer was backing up from him."

The officer then fired what appear to be four shots at Reynolds, based on shell casings O'Donohue says were found at the scene.

Reynolds was unarmed at the time of the shooting. He was transported to the hospital where he was pronounced dead. His parents were also taken to the hospital but are expected to be OK.

O'Donohue says the altercation between the young man and his parents began when Reynolds came home from a night out with friends and was loudly playing his guitar. The young man may have been "on something," and "was apparently very out of sorts or out of character," the chief said.

The incident occurred at about 3:30 a.m. on Hoffman Ave., near East Lincoln Avenue and South Campbell Road. It comes about a month after a 28-year-old was fatally shot by another Royal Oak police officer after fleeing a traffic stop. That incident is still under investigation.

O'Donohue stopped short of saying that the two shootings are indicative of a larger problem facing the police department or city.

He said the incidents differ because, "The other stemmed from a traffic stop, it wasn’t on in-car video," and information on what happened has been limited. In this case, O'Donohue says, "We knew this individual had just very seriously assaulted his parents and if you’re willing to assault your parents you’re probably willing to assault anybody."

O'Donohue did not name or provide details on the officer involved in this morning's shooting, saying only that he had been on the force for four to six years. Within two minutes of opening the news conference, however, O'Donohue did manage to rattle off Reynolds' criminal history. The young man is said to have been convicted of Operating While Intoxicated last year in an incident in which he drove the wrong way on Woodward and crashed into another car, causing "very serious injuries," O'Donohue said.

Royal Oak police are later today expected to release video from an in-car camera that is believed to have captured at least some elements of the shooting. The Oakland County Sheriff's Office is investigating.