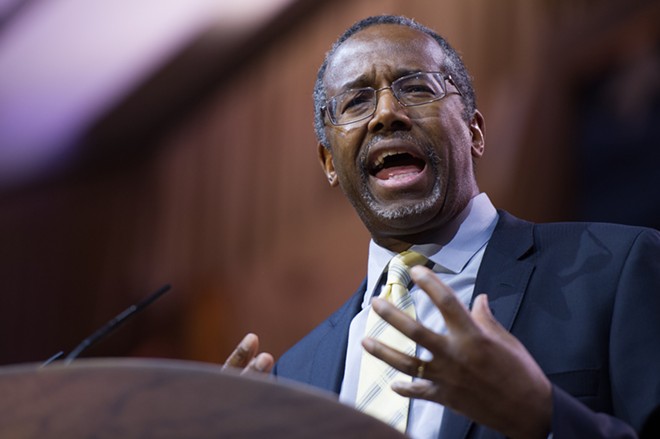 A federal proposal to hike up rent prices for low-income families who receive financial assistance from U.S. Housing and Urban Development is officially off the table, for now.

During a press conference this morning for the opening of one of 17 EnVision Centers, HUD secretary Ben Carson backpedalled on portions of the proposal that would have seen a 21 percent rent increase for low-income Detroit residents, according to a Detroit News and Associated Press analysis.

In April, HUD announced the “Make Affordable Housing Work Act,” which would have given housing agencies the authority to implement work requirements and would have cost tenants an additional $100 a month. Detroit has already experienced its share of rising rents.

"The original rent increases were to make sure we didn't have to raise rents on elderly and disabled people and now we have some increased funding and we're not going to have to do that," he told reporters, citing that the initial proposal was made due to HUD federal budget restrictions. Carson said that the rents will only be raised if necessary and that his is in the middle of negotiations with Congress on the matter. The reasoning is unclear as to why potential rental hikes for HUD-assisted families would be necessary.

Detroit Mayor Mike Duggan was also present at the conference to support the facility, with two others being planned for Detroit and Inkster. The Duggan administration has faced backlash for how its handled affordable housing issues amid the city’s rapid redevelopment efforts.

Eleanore Catolico is a summer intern at Metro Times.