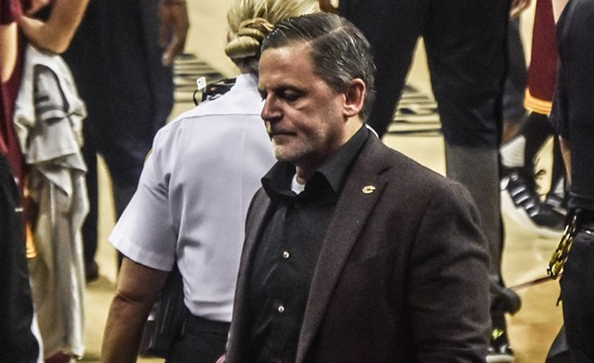 It's no secret that Dan Gilbert, the richest man in Michigan and the owner of the NBA team on which LeBron James plays, has trouble dealing when he doesn't get his way.

He released an infamous open letter, in Comic Sans type, when James left the Cleveland Cavaliers in 2010, in which he called the star player a deserter and narcissist. He penned another lengthy letter after Amazon passed over Detroit in the search for a home for its second headquarters. The message blamed the loss on local pessimism about the city while failing to admit that Detroit has very real problems that could push away a company like Amazon, such as its highest-in-the-nation levels of crime and poverty.

The just-wrapped NBA finals that saw Gilbert's Cavs swept by the Golden State Warriors presented the billionaire team owner with another opportunity to play the blame game. During game 3 Wednesday night, he took a shot at the NBA refs with a photo posted and since deleted from Twitter (and since screen-shotted and posted by other accounts). The photo shows a scorecard with circles around the 13 free-throw opportunities for the Warriors and the zero free-throw opportunities for the Cavs.


The message came after the Cavs' head coach blamed the refs for the team's loss in Game 1. As of Saturday morning, we were still waiting to see if @cavsdan would have anything to say about the sweep. The Golden State Warriors mopped the floor with the Cavs in game 4 Friday night, winning 108-85.