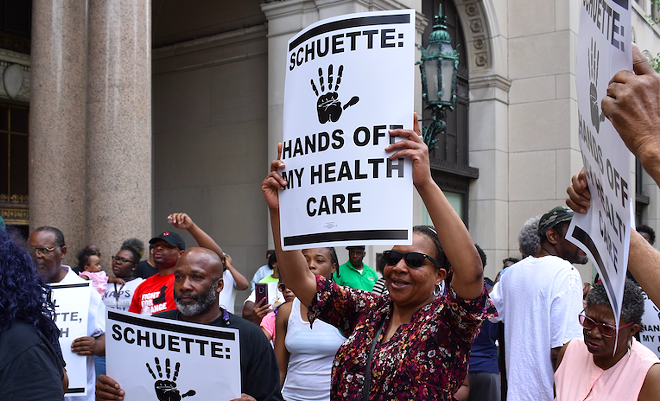 Hundreds of low-wage workers plan to converge on downtown Detroit this evening to protest Michigan's Republican candidates for governor as they prepare for a televised debate.

The protest, organized by Detroit Fight for 15, will aim to "highlight how Republican state lawmakers and politicians have undercut unions, wages, and healthcare for low-income Michiganders," according to a release. "Voters at the GOP debate protest will stress their commitment to electing a governor in November who will grow unions in Michigan, raise wages to at least $15 an hour, and protect and expand healthcare for everyone in the state."

Republicans enacted right-to-work legislation in 2012, making it harder for unions to organize and leading to a reported reduction in paychecks. In 2015, they stripped cities of their ability to raise the minimum wage. In June, they voted to impose work requirements on hundreds of thousands of people who rely on Medicaid.

Read about two of the three leading candidates for governor on the Democrat side here and here.