Detroit — here's where to join tomorrow's 'Families Belong Together' protest 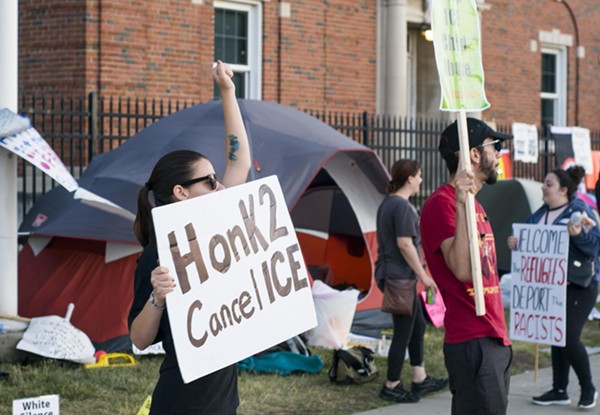 Hundreds of people are expected to gather in Detroit's Clark Park tomorrow for one of more than 600 "Families Belong Together" rallies to take place across the nation.

The protests are a response to the Trump administration's zero-tolerance policy requiring the prosecution of all immigrants alleged to have crossed the border without authorization. More than 2,000 children were separated from their families as a result of this policy between May 1 and last week, when Trump signed an executive order to stop the separations and instead detain families together as they await prosecution. Though a federal judge has since ordered immigration officials to reunite the separated families within 30 days, the administration has still provided no plan for this and there are concerns some families will never be reunited.

In other words, there's still a lot to protest.

"The executive order still allows indefinite detention of immigrant families, and these families are still being held in concentration camps," the Metro Detroit Political Action Network says in a comment on the Facebook event page. "Families cannot truly be together huddled on a polished cement floor, surrounded by chain link and Y'all Qaeda."

Other groups behind the Detroit action include the Detroit Hispanic Development Corporation, Women's March MI, ABISA, Michigan United, and Michigan for Revolution.

The protest runs from 1 p.m. to 4 p.m. tomorrow. More information is available here.