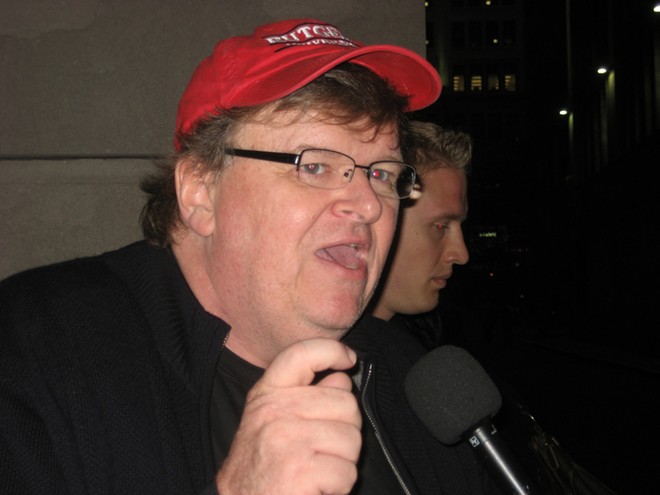 "He supports single-payer Medicare for All," Moore says in a statement. "The other candidate is supported by business interests. Abdul takes no PAC money. After what Flint has been through, he is our only hope.”

"The other candidate," to whom Moore is referring is, we presume, former state Senate Minority Leader Gretchen Whitmer. Also on the Democrat side of the race is Shri Thanedar, a businessman who is running as a progressive.

“Michael Moore has been a warrior for justice in Michigan and nationwide for decades," El-Sayed says in a statement. "His films have changed hearts and minds, telling the story that the corporations don’t want told. His empathy and eye for the human condition are what our politics need more of."

El-Sayed has earned endorsements from a number of progressive organizations, including Our Revolution, the People for Bernie Sanders, Justice Democrats, the Progressive Change Campaign Committee, and Democracy for America. He also has support from the Michigan Nurses Association.

Whitmer, meanwhile, has been endorsed by the majority of the state's unions, including the United Auto Workers and Michigan Education Association.