Three Democrats are in a dead heat in a crowded primary race to replace John Conyers in Michigan's 13th Congressional District, a new poll shows.

According to a survey conducted by Target Insyght, Detroit City Council President Brenda Jones is at 21 percent, Westland Mayor Bill Wild is at 20 percent, and former state Rep. Rashida Tlaib is at 19 percent going into the Aug. 7 primary. The poll is based on responses from 600 likely Democratic primary voters who were surveyed between July 16 and 19.

The winner of the primary in the dark blue district is expected to go on to win the general. 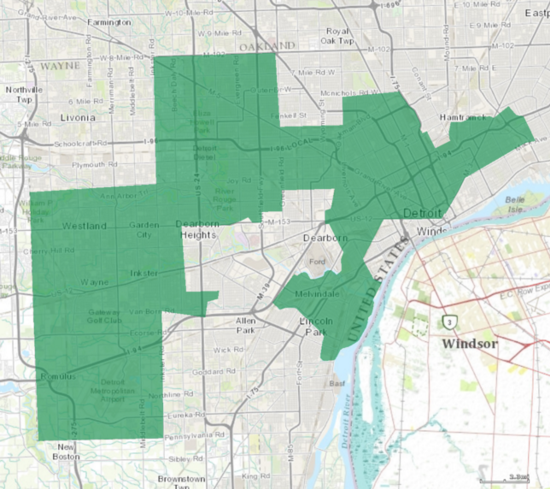 But with a crowded field and 14 percent of poll respondents undecided, Target Insyght director Ed Sarpolus tells MIRS the race is as a "jump ball" that will be decided within the next two weeks. He told the outlet that Jones is doing well in Detroit — where she is not only council president but has  the endorsement of Mayor Mike Duggan — and Young is doing OK in Ecorse and some other Downriver areas that he represents in state Senate. Wild, Sarpolus said, is doing well in Westland, though the poll shows Tlaib eating into some of his support there.

Tlaib has raised the most of anyone in the race — nearly $900,000 as of late last month. Wild was second in fundraising, bringing in a total $400,000 by that campaign finance filing deadline.

Tlaib has received much national media attention as a progressive who, if elected, could become the first Muslim woman in Congress. She's been featured on CNN, and in the Intercept and Daily Beast.