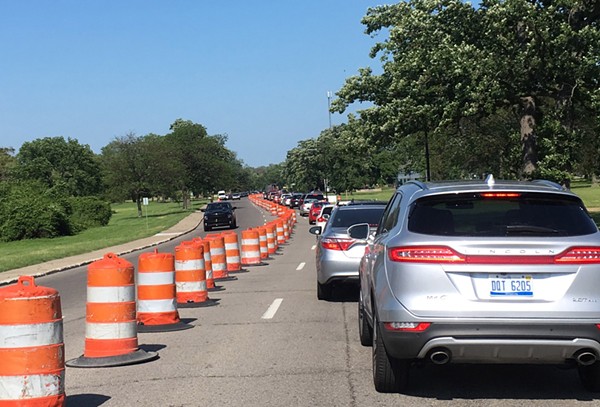 The Michigan Department of Natural Resources is ready to rubber stamp billionaire Roger Penske's proposal to keep the Grand Prix on Belle Isle while addressing zero concerns voiced by park users opposed to the controversial race.

The DNR will announce on Aug. 2 a final decision on a five-year contract. But in documents posted to its site, the DNR makes it pretty clear that it intends to keep the race in place without changes beyond slightly higher fees and trimming the construction timeline from 65 to 62 days.

The DNR also notes the race's alleged benefits, but we've repeatedly pointed out that many of the claims aren't true.

For example, the DNR and race organizers claim Penske's team made $13.7 million in improvements to the island. But there's debate over whether widening roads, installing a new sewer system, and replacing 10 acres of grass with concrete qualify as "improvements" in a park.

The race also claims it generates $58 million in spending. We spoke with several sports economists who pointed out why that claim is misleading at best, and they estimate the race's true economic impact to be somewhere in the $5 million range.

It's worth noting that the head of the DNR is selected by the governor. And as Gov. Rick Snyder's administration has repeatedly proved itself to be pro-business and anti-environment, none of this should come as a surprise. Keep that in mind as the primaries and general election approach.