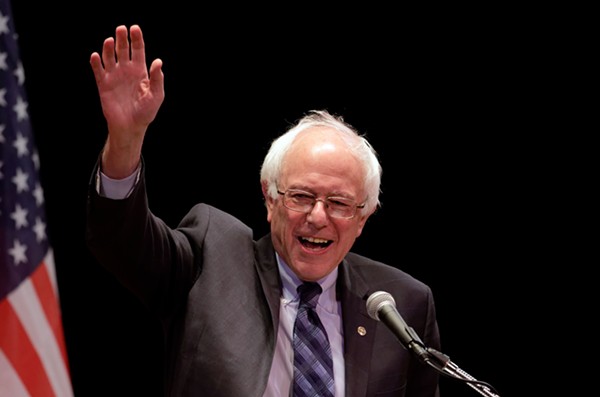 With just a week to go until the Aug. 7 primary, Vermont Sen. Bernie Sanders has announced plans to hold a pair of last-minute Michigan rallies for Democratic gubernatorial candidate Abdul El-Sayed.

The rallies will be held Sunday, Aug. 5 in Detroit and Ypsilanti. Word of Sanders' visit comes a week after the progressive Democrat formally endorsed El-Sayed, and following a weekend in which El-Sayed crisscrossed the state for campaign stops with another progressive hero, Democratic congressional candidate Alexandria Ocasio-Cortez.

Sanders won Michigan's 2016 Democratic presidential primary in a historic upset. Leading up to the election, polls had shown Sanders down by more than 20 points, but he wound up beating Hillary Clinton by two. Ocasio-Cortez pulled off an even more stunning victory last when she beat a 10-term, Wall Street-backed incumbent in the Democratic primary for New York's 14th Congressional District. Polling by her opponent's campaign had reportedly her down by 35 points in the weeks ahead of the election.

El-Sayed is hoping he can replicate those come-from-behind victories by building momentum into Tuesday. He points to a poll by Change Research as evidence that his strategy is working.

The poll was conducted July 20 and July 21 — two days after a televised Detroit debate with former state Sen. Gretchen Whitmer and businessman Shri Thanedar — and shows El-Sayed eroding some of his rivals' support. The poll has El-Sayed at 27 percent, Whitmer at 33 percent, and Thanedar at 15 percent. Approximately 1,500 voters responded and the margin of error was 2.5 percent.

A separate, widely publicized poll conducted July 21 and July 22 shows Whitmer with a commanding lead in the race. The EPIC-MRA poll shows Whitmer at 49 percent, Thanedar at 22 percent, and El-Sayed at 19 percent. That poll gathered input from approximately 1,000 voters via landline phones and had a 3.1 percent margin of error.

El-Sayed's Detroit rally with Sanders will be held at the Grand Riverview Ballroom at Cobo Center. The time and location of the Ypsilanti event to-be-determined as of Tuesday evening.