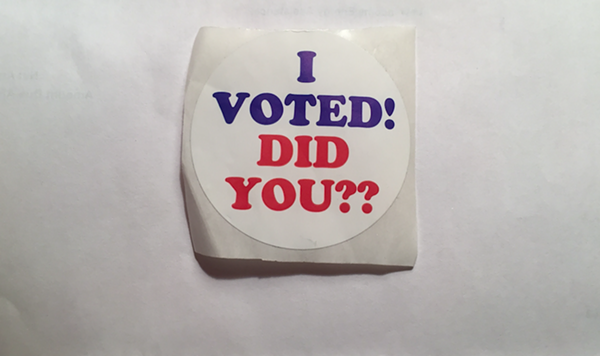 Once again, Michigan's Republican Party appears to have been caught crafting policy intended to strengthen its power, constitution be damned.

A federal judge appointed by former President Barack Obama put an end to Michigan's Republican-led ban on straight-ticket voting on Wednesday, ruling that the law "intentionally discriminated against African-Americans."

In his ruling, U.S. District Judge Gershwin Drain permanently barred Michigan from enforcing the ban, which was approved by the legislature in 2015 and signed into law by Gov. Rick Snyder the following year.

Michigan's ban prohibited voters from selecting candidates from a particular party in all races by simply marking a single box, which proponents argue speeds up the voting process. The ban joined Michigan with 40 other states that don't offer straight-ticket voting.

But Drain ruled that such a ban disproportionately harmed African-Americans, and appeared to be meant to suppress Democratic turnout. In a 103-page opinion, Drain writes:

"The Plaintiffs have demonstrated by a preponderance of the evidence that PA 268 unduly burdens the right to vote, reflects racial discriminatory intent harbored by the Michigan Legislature, and disparately impacts African-Americans’ opportunity to vote in concert with social and historical conditions of discrimination."

Cited as evidence was the fact that African-Americans were found to vote using straight-party at "vastly higher" rates than whites, and that "straight-ticket voting rates were much higher in communities where African-Americans constituted a substantial percentage of the voting age population." Drain writes:


Part of the appeal of straight-ticket voting, the court found, was literacy:

It's the latest bruise for Michigan Republicans. Last month, emails obtained using the Freedom of Information Act by Bridge Magazine suggested that GOP lawmakers redrew Michigan's legislative districts in 2011 with the goal of suppressing Democratic turnout when they were in power.

The emails reportedly show a GOP staffer saying a gerrymandered Macomb County district is shaped like "it's giving the finger to (Democratic U.S. Rep.) Sandy Levin. I love it." Another email showed a staffer apparently bragging about cramming "Dem garbage" into four congressional districts, while another predicted the new maps would keep Republicans in power for years.

On Tuesday evening, the Michigan Supreme court ruled that a proposal to end gerrymandering in Michigan is allowed to appear on the Nov. 6 ballot. The proposal, crafted by nonpartisan group Voters Not Politicians, calls for creating a 13-member commission made up of Democrats, Republicans, and independents to redraw Michigan's legislative maps. The proposal was fought in court by a group funded by the Michigan Chamber of Commerce, which supports many Republican causes.

See related PDF Straight-ticket_voting_opinion.pdf
Stay on top of Detroit news and views. Sign up for our weekly issue newsletter delivered each Wednesday.