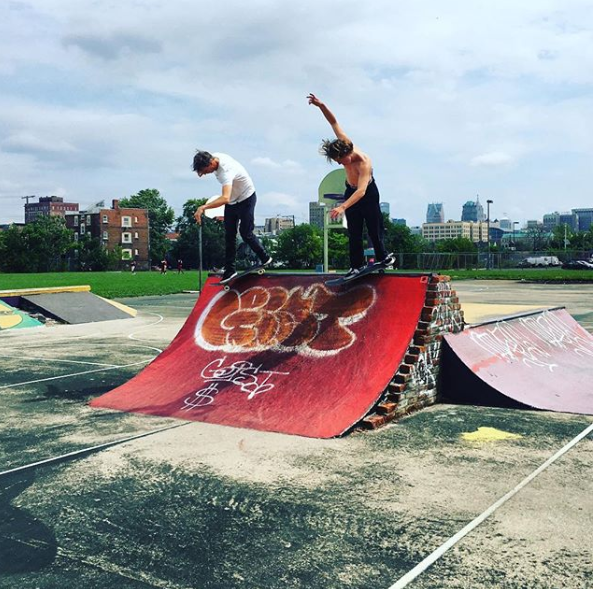 It's partnering with the Ralph C. Wilson Jr. Foundation to help fund parks in Detroit, Ferndale, Ypsilanti, and Port Huron. The Built to Play Skatepark Program is meant to provide youth with a free space to skate and, well, play.

“There is an ongoing need to create spaces where kids can get outside and be physically active on their own terms,” said Jim Boyle, Vice President of Programs and Communications for the Ralph C. Wilson, Jr. Foundation. “When you combine that with the growing popularity of skateboarding and the convening expertise of the Tony Hawk Foundation, we see a tremendous opportunity to use these investments to create healthy and engaged communities.”

Already, the Washtenaw County Parks and Recreation Commission is providing $250,000 in funds that will be matched by the foundation for a park in the city of Ypsilanti.

As for Mr. Hawk himself, the California local has been making some waves in Detroit as of late. Last year Hawk directly oversaw the design and creation of the Wayfinder skate park on Monroe street. Hawk also made an appearance at the park this year in order to promote it's reopening. Hawk also turned down a gig announcing the X-Games due to his belief that they snubbed Detroit as a hosting city.

Outside of skateboarding, Hawk also purchased a 120-year-old home in Woodbridge a couple years ago. Hawk has not made a permanent residence in Detroit, but he visits the city frequently due to relatives and according to the Detroit Free Press elected to purchase the home so that he could invest in the city.

The Built to Play skatepark program will begin accepting grant applications again in September. Built to Play Skatepark manager Trevor Staples can be contacted for inquiry at play@tonyhawkfoundation.org.

Jacob Stocking is a summer editorial intern at Metro Times.